On Thursday, 6 August,2015, the Dredging International (75%) and Great Lakes Dredge & Dock Company (25%) consortium will participate in the opening festivities of the modernized Suez Canal in Egypt.

Thanks to the widening and deepening of the canal, the waiting time on the navigation route has been halved. It is the fourth time since WWII that dredging and environmental company DEME contributes to the optimization of this major artery of the Egyptian economy.

The new Suez Canal has been completed in record time thanks to several consortia from the global dredging scene. In just 9 months, the 193-kilometer-long canal has been extended with a parallel waterway and deepened entirely over a length of 70 kilometers, which has reduced the 14-hour waiting time by half.

This is an important asset for the Egyptian economy, aimed at generating new shipping activity and attracting new industrial activities.

In October 2014, the DEME consortium was awarded lot 6 with a contract value amounting to $540 million (421.3 million EUR). The Suez Canal Authority (SCA) hence commissioned the realization of an additional 250-meter-wide, 24-meter-deep, and 29.5-kilometer-long fairway through the Great Bitter Lake. The access channels to the lake have been widened to 140 meters.

For the realization of this project, DEME gathered a rarely seen fleet of as many as 4 cutter suction dredgers, 6 suction hopper dredgers and 42 auxiliary vessels. The mobilization and execution of the contract were carried out within a strict schedule and faced important logistical challenges such as the accommodation for 950 staff members and the supply of 20 kilometers of pipelines, cranes, generators, spare parts, etc. As much as 40 million m3 were dredged in record time.

Alain Bernard, CEO of the DEME Group, said: “The Suez project was an exceptional assignment on different levels. Despite the important organisational and logistical challenges, the contract has been brought to an end within the time frame and budget that were set. This was only possible thanks to a strong team of specialists who have shown remarkable flexibility. As a result, the Suez project forms another appealing advertisement for the DEME Group.”

A DEME delegation will attend the inauguration festivities on 6 August 2015 in the presence of Deputy Prime Minister and Minister of Economy Kris Peeters. 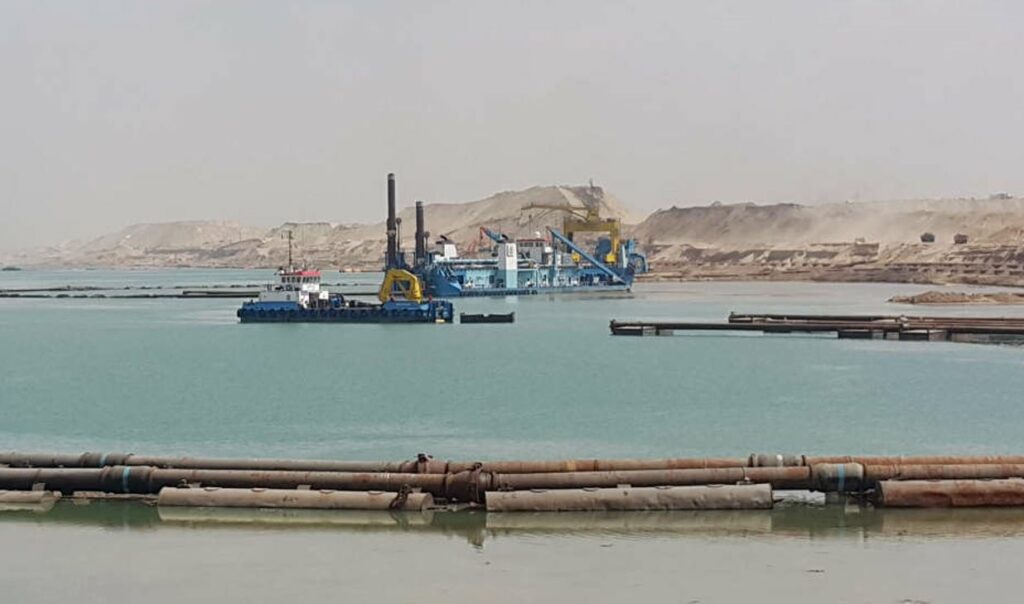