The coastal defense project, currently in development across the north of Portsea Island, has won a prestigious award at the Environment Agency’s National Project Excellence Awards.

Chosen from over 50 projects across the UK, it was voted unanimously as the winner for making the best submission to the Environment Agency’s Large Projects Review Group.

The project is worth £44 million and covers the coastline from Tipner through to Milton Common.

This is one of the most vulnerable flood risk areas in Portsmouth.

The Environment Agency was particularly impressed with the level of flood protection the new defenses will provide – one of the highest in the country outside of London. They also commended the way the team have incorporated the impacts of climate change over the next 100 years into the design.

The project is being managed by the Eastern Solent Coastal Partnership on behalf of Portsmouth City Council. 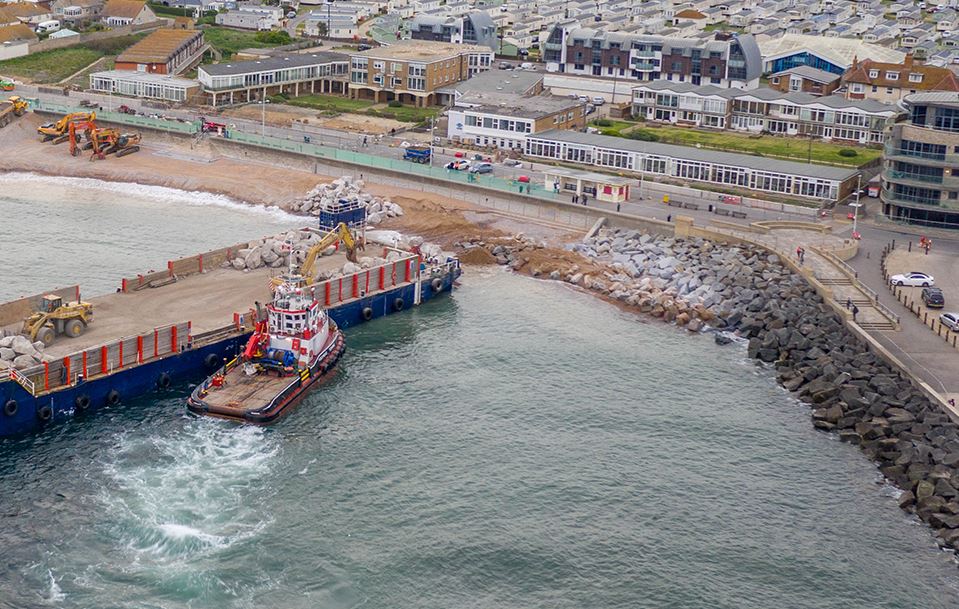