The U.S. Coast Guard has released a warning about an unmarked dredge pipe in the Sinepuxent Bay near Assateague.

Local media reported that there is a 3,000 feet long submerged dredge pipe in the main navigational channel of the Sinepuxent Bay that has damaged several boats already.

According to the Coast Guard warning from Thursday, “maintenance dredging continues in Sinepuxent Bay near Ocean City through October 2015. The dredging equipment includes a dredge, pipelines, anchors, barges and other equipment located in and out of the channel, 24 hours a day and seven days per week with pipeline crossing the Ocean City Inlet.

Mariners are urged to use caution when transiting the area and approach the dredge at slow speed and pass with caution after contacting the Goodloe Marine, Inc. dredge Tenacious’ via marine band radio VHF-FM channel 16 and 68 for passing.”

It is believed the dredge pipe belongs to the subcontractor working for the federal Army Corps of Engineers on a larger maintenance dredging project in the area, reported The Dispatch.

The Ocean City Coast Guard confirmed that it was aware of the navigation hazard and is taking necessary steps to have it removed. 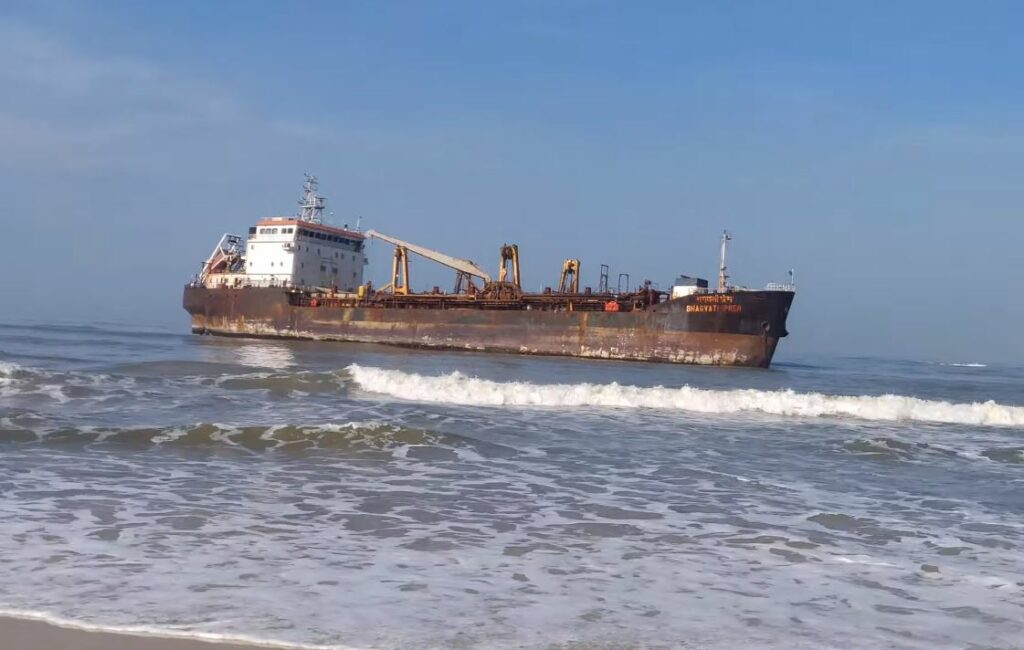