BAM – in joint venture with its Australian partner McConnell Dowell and Malaysian partner SYS – completed the project in late 2013 for Brazilian mining giant Vale. The design was provided by BAM Infraconsult and SKM.

The result was the new wharf which is connected through an angle-shaped transfer platform to an 1,800-meter-long access trestle that connects it to the shore like an umbilical cord.

The Vale project illustrates BAM’s strength in the niche market of building jetties at an extraordinary scale: limits were pushed with single pile lengths of up to 100 meters and weights up to 96 tons. The new jetty is able to accommodate the largest bulk carriers currently sailing the oceans, Vale’s own 400,000-deadweight ton Valemax. 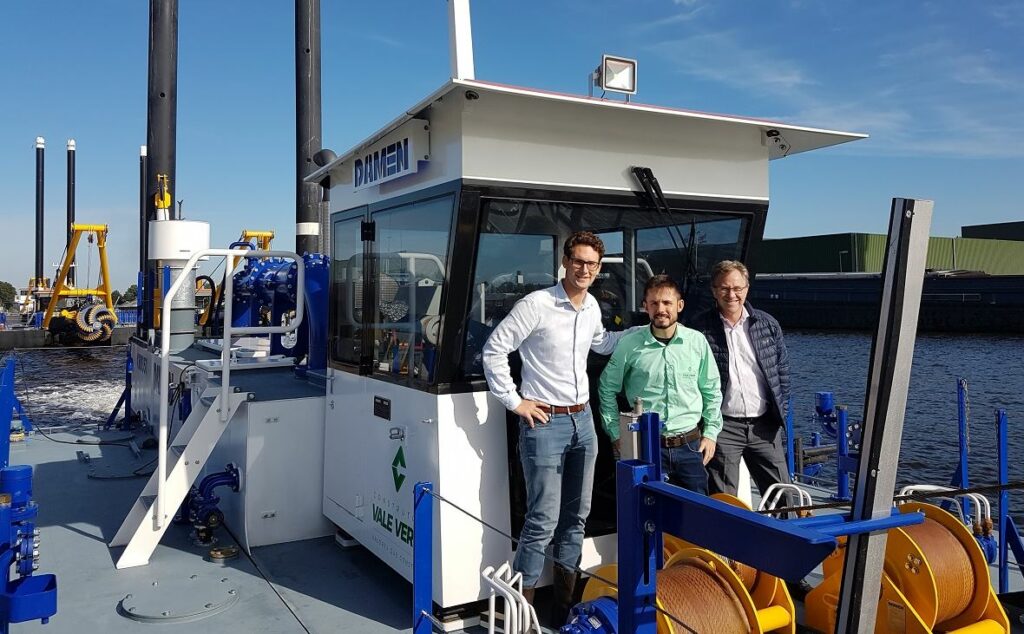