GRC (Grond Recyclage Centrum, Soil Recycling Center) today celebrates its 20 years of existence. As a pioneer in soil recycling, GRC is still at the top of soil remediation.

Thanks to continuing investments and innovations in the last 20 years, it processes a wide range of contaminated materials today.

GEC was founded even before the Flanders soil remediation decree came into force, based on the conviction that recycling is better than sending to landfill.

The enterprise grew out of a partnership between the Belgian dredging and environmental company DEME, and the originally Dutch industrial service provider Mourik, which is mostly active in petrochemicals. In the early years, Vlaams Milieuhouding participated too.

Through the application of various techniques, GRC can tackle almost all possible soil contamination: from soil polluted with mineral oil (diesel and petrol), PAHs, heavy metals, cyanides and asbestos to PCBs.

Jan Zwaenepoel, GRC Managing Director, said: “As well as contaminated soil, we are now able to process an even wider range of contaminated materials such as road sweeping residue, blasting grit, sewerage gully sludge, used screening sand or soil contaminated with asbestos. Clients can come to us for total solutions of the highest quality.”

Thanks to improved techniques, the proportion of residue that is finally sent to landfill constantly becomes less.

In the last 20 years, GRC’s continual investments have included a quay wall for transport by ship, a more efficient water purification plant and higher-performance extraction systems for volatile substances released during the cleaning process.

With branches in Kallo, Bruges and Zolder, GRC is distributed regionally so it can work closer to the customer, which also saves on transport costs.

Alain Bernard, DEME CEO, said: “GRC is continuing on its established way with continuous innovation, the search for new markets, continual investment and the development of new techniques. This is how we intend to strengthen our position on the international market. Soil that is brought here from abroad creates employment in Flanders. These foreign orders are only possible if we are successful in the home market.” 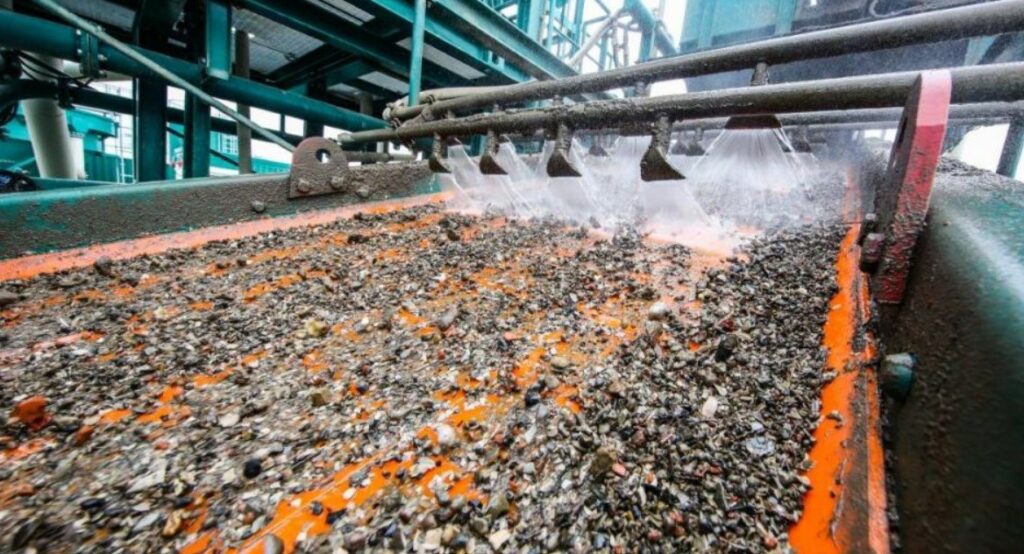