Van Oord’s trailing suction hopper dredger VOLVOX ASIA, which has recently participated in the digging of the new Suez Canal, has arrived at Damietta Port to initiate the dredging of the access channel.

Admiral Ayman Saleh, Chairman of Port of Damietta Authority, confirmed the news saying that this is the port’s first deepening project since its inauguration in July 1986.

Saleh added that the new developments in the international shipping community, new generations of vessels introduced to the world maritime market and the opening of the new Suez Canal all necessitated an upgrading plan of Damietta port to adapt to these novel changes in the shipping industry.

He went on saying that the deepening process which is scheduled to take 6 months and remove some 5 million cubic meters of soil, aims to attract new generations of vessels, especially after the port completes construction of new deepwater berths.

According to Saleh, the ship traffic will continue during the dredging which will not hamper the normal port operations. 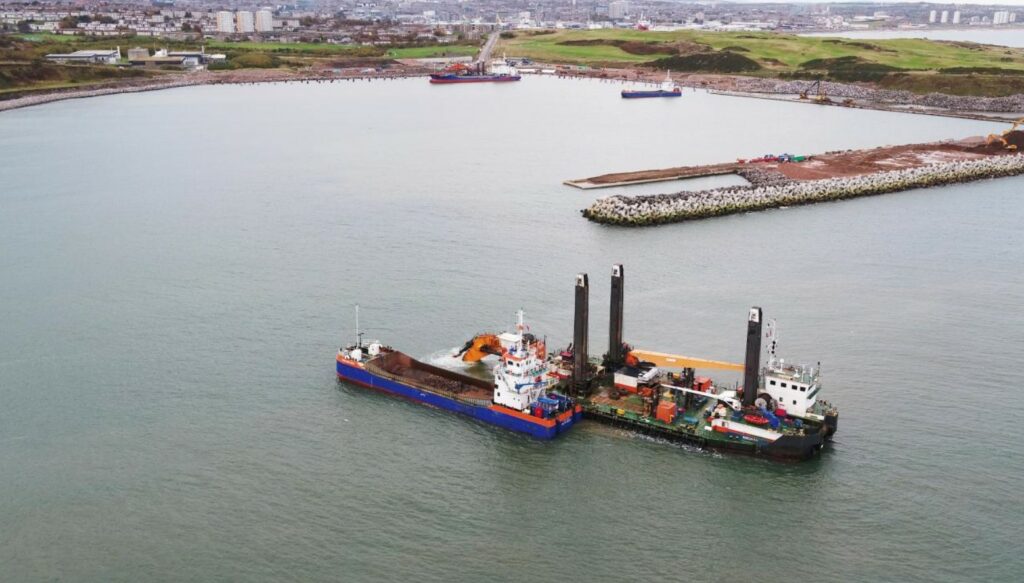