DEME (AvH 60.40%) succeeded in maintaining the high activity level of the first six months, and realized an (economic) turnover of 633.7 million euros in the third quarter, AvH stated.

This decrease is explained a.o. by the high turnover that was recorded in 2014 on the projects in Australia and Qatar, which were completed in the first half of 2015.

In the third quarter, DEME successfully completed the works on the Suez Canal. The Suez Canal Authority had awarded a contract to the DEME (75%) – Great Lakes (25%) consortium for the realization of an additional 250-meter-wide, 24-meter-deep and 29.5-kilometer-long fairway through the Great Bitter Lake, and for widening the access channels to 140 meters.

The modernized Suez Canal was officially opened on August 6, 2015.

In October 2015 (after the closing of the order book at the end of September), GeoSea won a contract worth 340 million euros for the installation of 56 offshore wind turbines on the Galloper project in the United Kingdom, while new contracts were concluded at the beginning of November in Egypt, Panama and Turkey worth a total of 150 million euros.

Despite substantial investments (311 million euros, including 166 million euros for the acquisition of the 50% joint venture with Hochtief) made by DEME in the expansion and renewal of its fleet, DEME’s net financial debt only increased to 362.3 million euros compared with 212.8 million euros at year-end 2014. 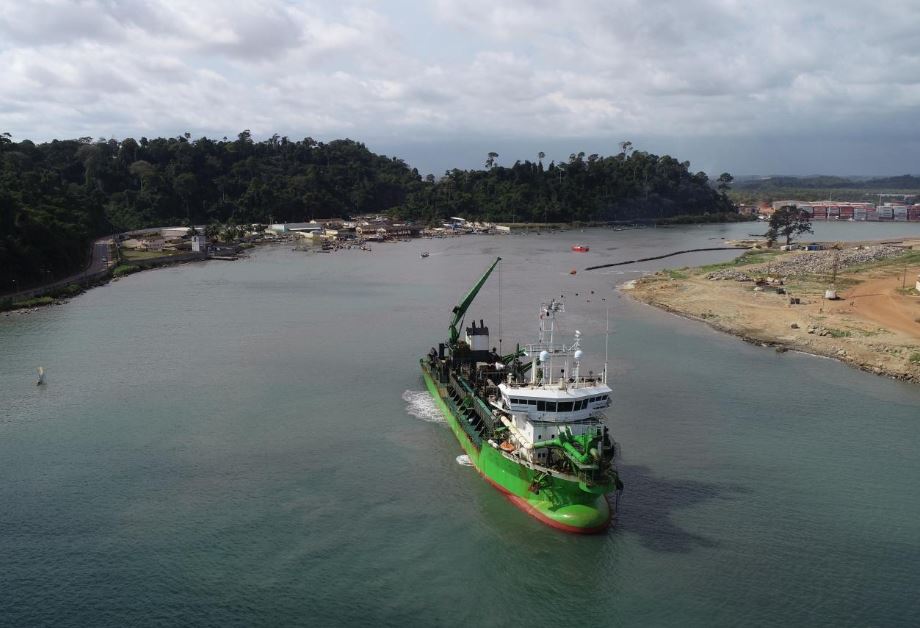