At present, due to convoy traffic on the canal, vessels calling Port Said East are restricted to an eight-hour daily transit window. The project is expected to be completed within seven months.

The side channel project is part of the Suez Canal Development Project which included the opening of the significantly enlarged canal on August 6th, which now permits two-way traffic along the 163 km long canal linking the Red Sea with the Mediterranean Sea.

Over 17,000 vessels transited the Suez Canal in 2014, including 6,129 container ships carrying over 42 million TEUs. The Suez Canal Container Terminal (SCCT), which handled 3.4 million TEUs in 2014, is part of the APM Terminals Global Terminal Network, and is a joint venture between APM Terminals, with a 55% majority share, COSCO Pacific and the SCA.

SCCT will be providing USD $15 million toward the side channel project, which will significantly increase vessel traffic to the gateway and transhipment hub.

“We are proud to be a part of this newest infrastructure project which reinforces Egypt’s major role as a facilitator in global trade and logistics, and we salute the Egyptian Government’s foresight and ongoing dedication to economic growth and development,” said SCCT Managing Director, Klaus Holm Laursen. 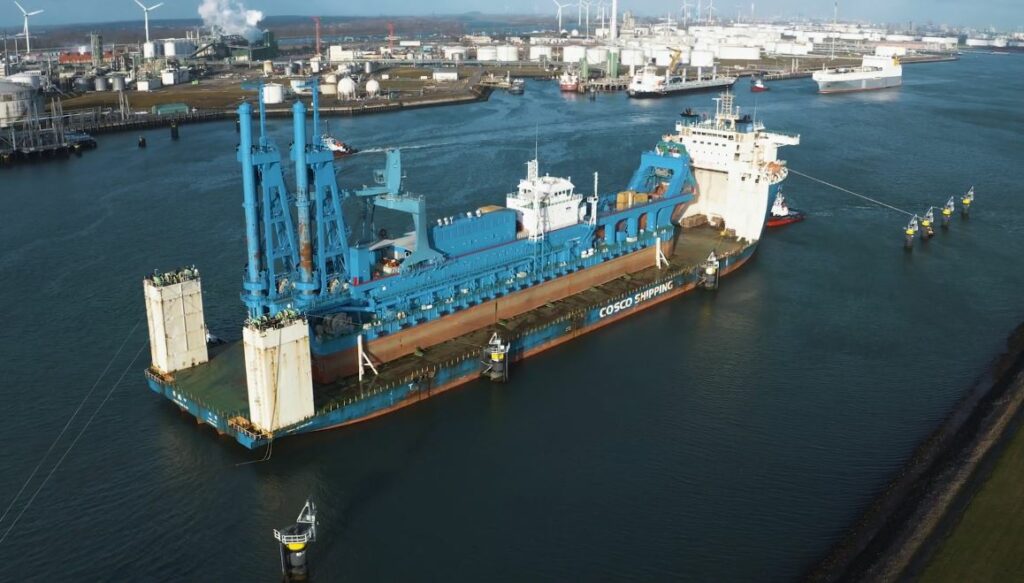