The U.S. Army Corps of Engineers’ Philadelphia District has renegotiated its contract with the Great Lakes Dredge and Dock Company to permit restoration of beaches in Sea Isle City, Strathmere, and southern Ocean City.

GLDD had just finished a major beachfill in these communities this fall when a major storm hit and severely eroded the beaches. The Corps and its partner in the beachfill project, the New Jersey Department of Environmental Protection, set about finding a way to repair the damage under the existing contract with Great Lakes.

Under the terms of the deal announced last week, Great Lakes will pump approximately one million cubic yards of additional sand on to the beaches, beginning in January. The additional cost, $15.8 million, will be borne entirely by the federal government, as was the original beachfill.

The sequence of work is expected to be Strathmere (a section of Upper Township), Sea Isle City and then Ocean City. Strathmere will receive an estimated 335,000 cubic yards, Sea Isle City, 365,000, and Ocean City, 323,000. The sand will come from the Corson’s Inlet borrow area.

The work is expected to be completed by April 2016.

The original project, known as the Great Egg to Townsend’s Inlet Beachfill, had long been authorized but was not funded until Congress approved a special relief act in the wake of Hurricane Sandy. The act provided for 100 percent federal funding of previously authorized but unconstructed beach projects. 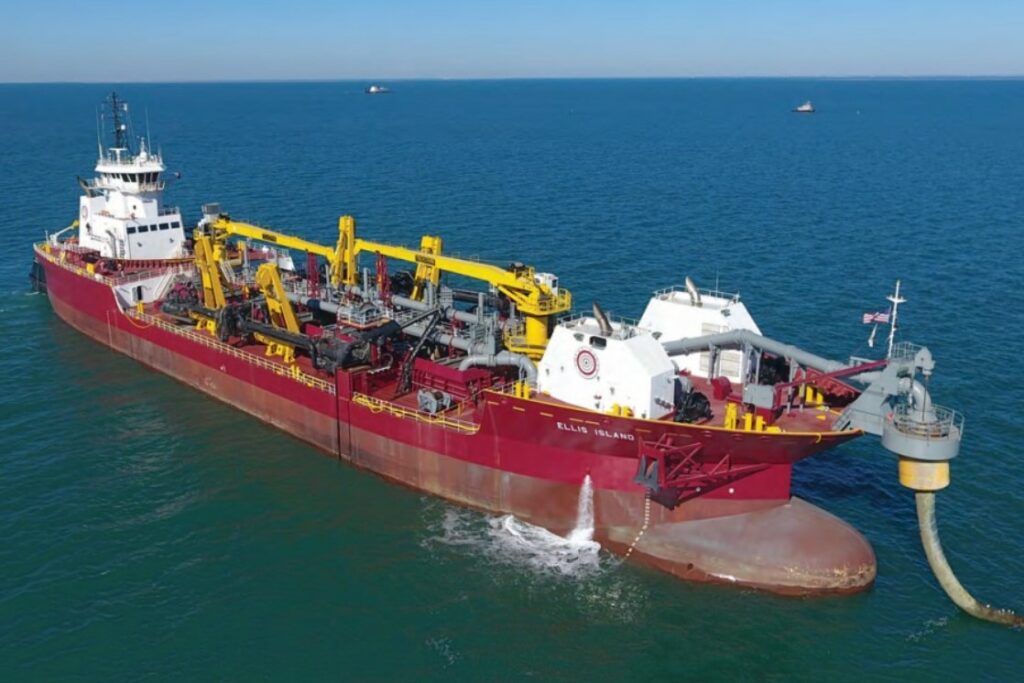