The Humboldt Bay Harbor, Recreation and Conservation District announced Wednesday that help is coming in response to unusually heavy winter shoaling that has nearly closed the entrance and channels of Humboldt Bay.

This represents an additional $5 million over the amount budgeted for annual dredging, the Corps’ Peter Mull told District officials Wednesday.

“The cavalry is on their way,” said Mull, responding to “the deterioration of conditions at the mouth of the harbor.”

The extra funding comes at the urging of 2nd District Congressman Jared Huffman, in response to the extreme danger to Humboldt Bay shipping and navigation, including potential loss of life, posed by heavy silting at the entrance to the Bay.

“We have been working closely with Congressman Huffman and the Army Corps of Engineers to respond as quickly as conditions will permit to reopen the Bay entrance,” Higgins said. “We are very grateful to our friends at the Corps for this additional funding to respond to extraordinary shoaling this year.”

Essayons will begin dredging around May 10 for 25 days, with a second dredge, Bayport, arriving in June to supplement Essayons’ work on the bar and interior channels. 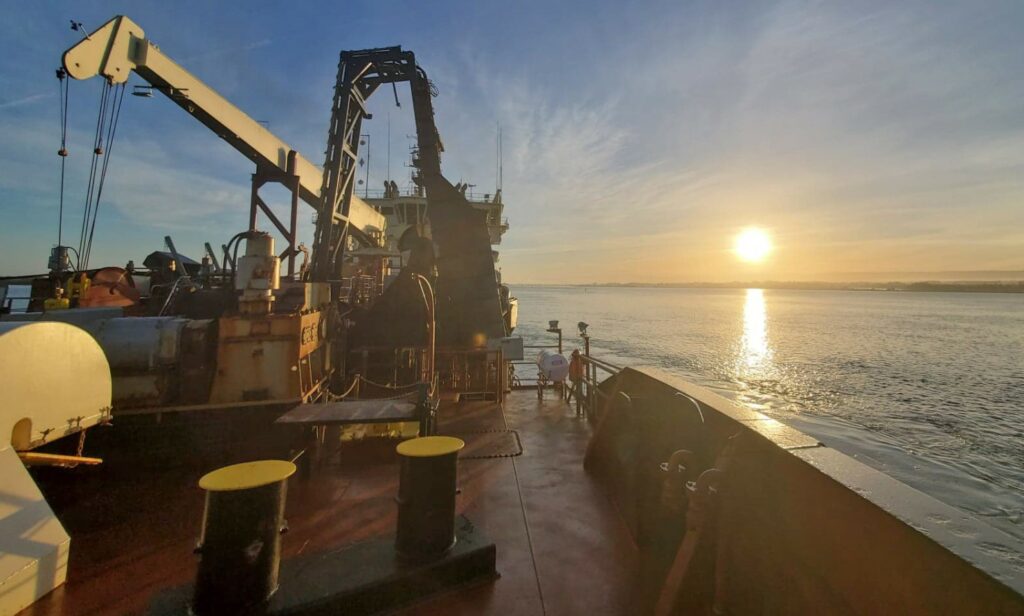