The Santa Rosa County has just released the latest update on the Navarre Beach Renourishment Program.

Although two hopper dredgers have temporarily ceased operations, Tropical Storm Colin is expected to have little long-term effect on this renourishment scheme and should not delay the completion of the restoration project.

The Weeks Marine’s dredger BE Lindholm suspended dredging operations Monday, June 6, in the evening due to rough seas. The TN Weeks stopped its work later that same night.

Both vessels are in Pensacola Bay currently waiting on seas to calm.

Some reduction in beach width is expected as the placed fill adjusts. Elevated water levels associated with Tropical Storm Colin have caused a temporary flooding of the lower beach berm.

After water levels and tides return to normal conditions, the wide beach berm is expected to mostly recover.

“Beach conditions during TS Colin event are consistent with the 2006 renourishment project’s performance during similar events,” said Santa Rosa County Engineer Roger Blaylock. “Wave action in the surf zone creates a natural hump which temporarily traps over-wash onto the lower beach and the escaping water reshapes the beach as it returns to the gulf.”

The shoreline will continue to naturally shrink and grow in this fashion with each tide cycle and storm event, Blaylock concluded. 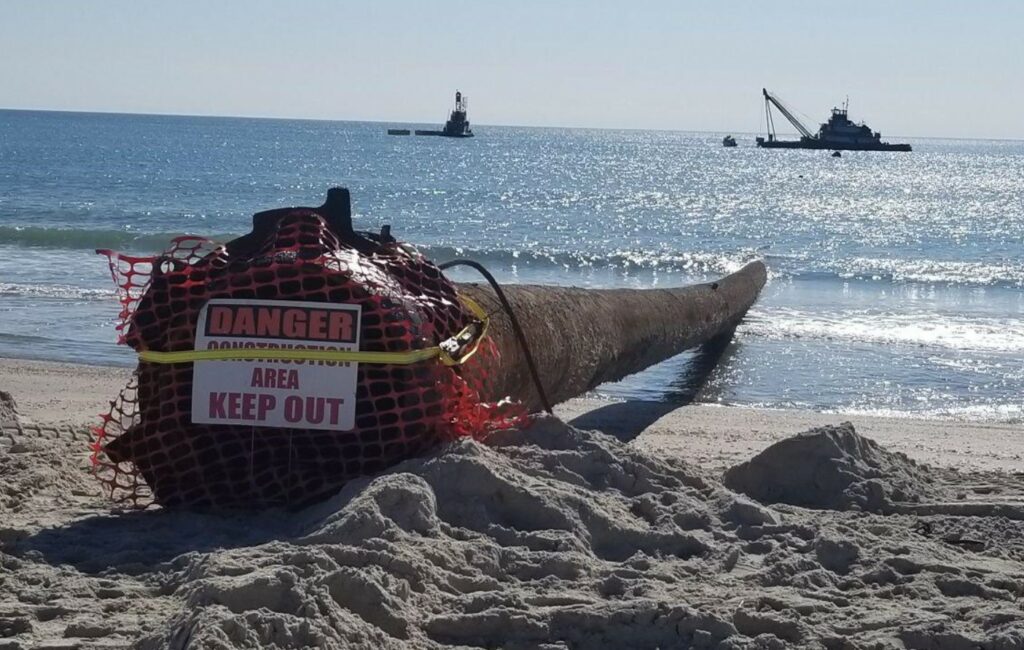