Helmlinger also visited Whittier Narrows Dam, where he met Rep. Grace Napolitano, in whose district the dam is located.

Rounding out the Commander’s visit to the LA District was a boat tour of the Ports of Los Angeles and Long Beach on October 14. 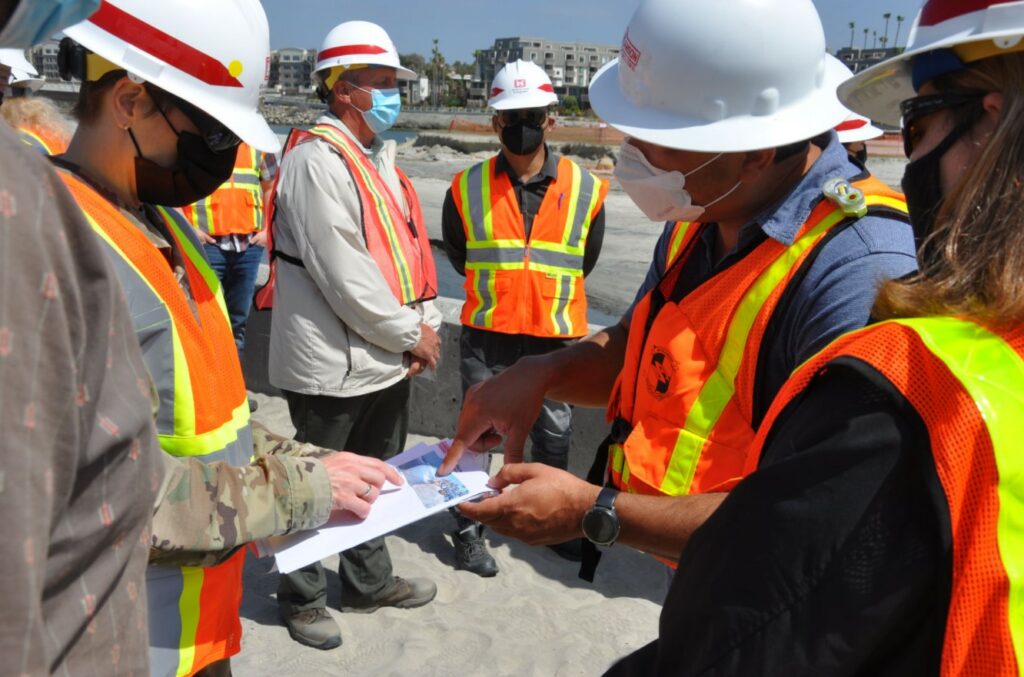