Prior to the conversion, the MPV was equipped with rock dumping equipment. This included 8 stone holds weighing 180 ton each, which had to be removed as part of the demobilization.

“The conversion was an extensive exercise which included installing new equipment including a new 200 ton knuckle boom crane, a 15 ton standalone crane, an 18-meter diameter 227 ton carousel to store the cable, a trencher, HPU’s, control centers, boat-landings and additional equipment to guide the cable,” ROG stated in its release.

After the conversion, the vessel left the yard to start operations on its first cable laying project – the Inter Array Cable Installation works on the Sandbank Offshore Windfarm. 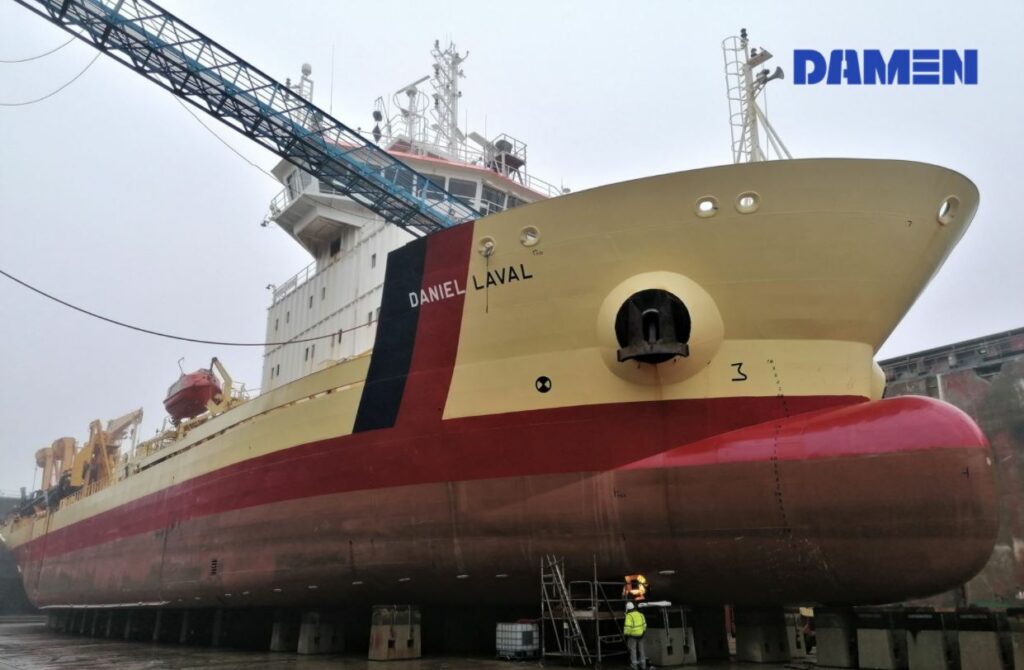