New Contracts for DEME in Germany, France, UK and Spain

DEME’s German subsidiary Nordsee Nassbagger- und Tiefbau GmbH, based in Bremen, has acquired the maintenance dredging contract on the River Elbe in Germany.

The contract has been awarded to a joint venture, including DEME’s German subsidiary, for a period of two years.

DEME will maintain the whole 116 km long fairway of the Elbe between the North Sea and Hamburg. The TSHD ‘Marieke’ will be deployed on the maintenance works as soon as the vessel has finalized the reclamation works for the port expansion in Cuxhaven on the Elbe.

As Nordsee Nassbagger- und Tiefbau is also executing the 2-year maintenance dredging contract on the River Weser, ensuring the navigational depth to the port of Bremerhaven, DEME is now maintaining the fairways towards the two biggest container ports in Germany.

In the ports of Calais and Boulogne-sur-Mer, DEME’s French subsidiary, Société de Dragage International (SDI), will execute maintenance dredging works. In the Port of Brest, SDI will participate in the building of a new 400m quay wall and a 100m wide platform as part of a new terminal for heavy loads.

A water injection dredging campaign will be executed on the Gironde river in Bordeaux, required to maintain access to the port.

DEME’s UK subsidiary, NewWaves Solutions Ltd, was awarded the contract for the dredging and beach recharge works at Dawlish Warren (Cornwall) In the United Kingdom.

In Spain, DEME has secured a contract for dredging works in the port of Barcelona for the construction of a new quay wall. These works will start in May 2017.

The total value of these contracts amounts to EUR115 million. 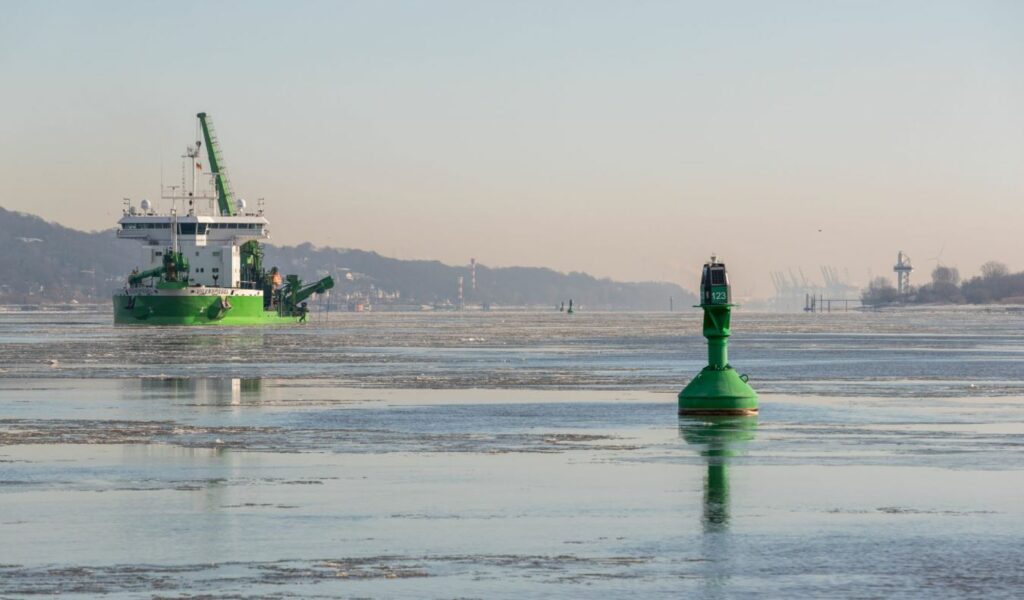