“Having this opportunity to sign a contract designed to improve the infrastructure of Ukraine with participation of Chinese company is of paramount importance,” noted Volodymyr Groysman before signing the contract.

Under the terms of the contract, the contractor will conduct dredging activities aimed to increase the depth of the approach channel from 16 to 19 meters and to extend inland water approaches to a depth of 16 meters to the deep-water quays № 23-25. The project will be finished in March 2018 with the total budget of approx $40 million.

The project on dredging of water area of Yuzhny seaport envisages the creation of water approaches (depth 19 m) and inland water approaches (depth 16 m) by the state enterprise Ukrainian Seaports Authority for the newly built quay № 25 which will ensure the functioning of one of the largest grain terminals in Ukraine, the construction of which is provided by the company MV Cargo (in partnership with Cargill).

The implementation of the project will allow to create over 350 new jobs as well as to to fill the revenue part of budgets of all level to the tune of $16 million per year and will allow to provide additional resource to the sum worth $9.2 million a year in port charges.

The dredging tender for the project was conducted on 20 April 2017, using Prozorro system which has ensured absolute transparency and openness of the process. 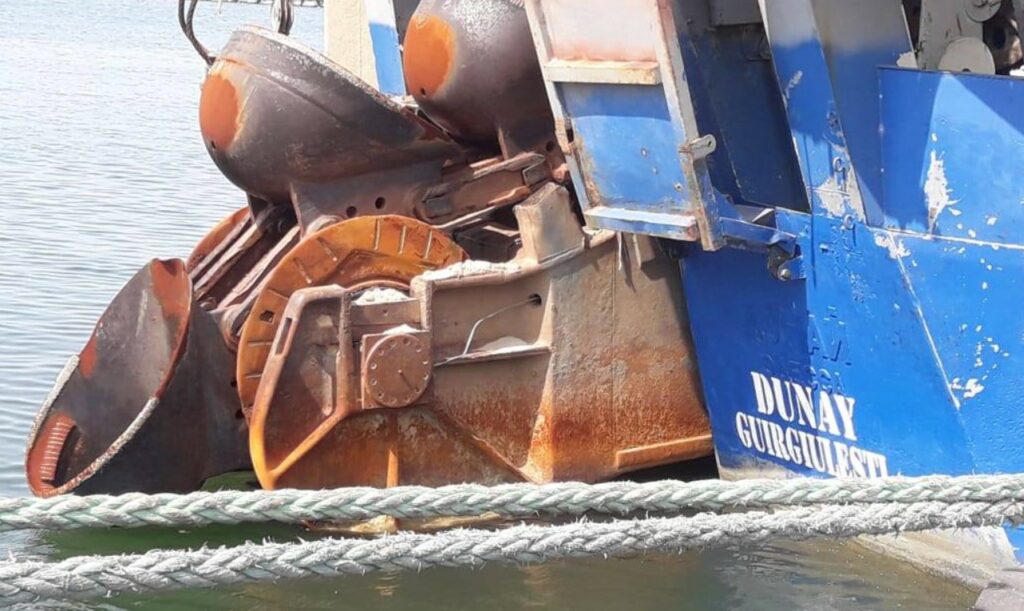