Works to build a replacement seawall at Hill Head are set to begin in the next couple of days, reports the Fareham Borough Council.

The Council approved plans for the new £500,000 seawall earlier in the year to secure the long term future of the sea defenses on the coastline.

According to the Council, the replacement seawall will reduce the potential for coastal erosion on the cliffs behind the beach huts at Hill Head. It will also help protect both beach huts and the promenade against high waves in stormy weather, improving access to the promenade throughout the year.

Site set up begins Monday, 26 June, with construction getting underway on Monday, 3 July, as originally planned. Works should be completed by the end of September to avoid any environmental restrictions relating to over-wintering birds and a badger sett, reported the Council.

The plans include a 50cm barrier rail that will sit on top of a 60cm upstand wall. Whilst there has been overwhelming support for the new seawall, the barrier rail has not been welcomed by some community groups. In response the Council has commissioned a peer review of this aspect of the design.

Cllr Seán Woodward said: “I am concerned that people who have enjoyed this area for many years are unhappy at the decision to include a barrier rail.  A peer review means that a second set of experts will look at the approved design and just confirm to the Council whether a barrier rail is required.”

The outcome of the independent peer review will be confirmed when known but it is not envisaged that it will delay the scheme. 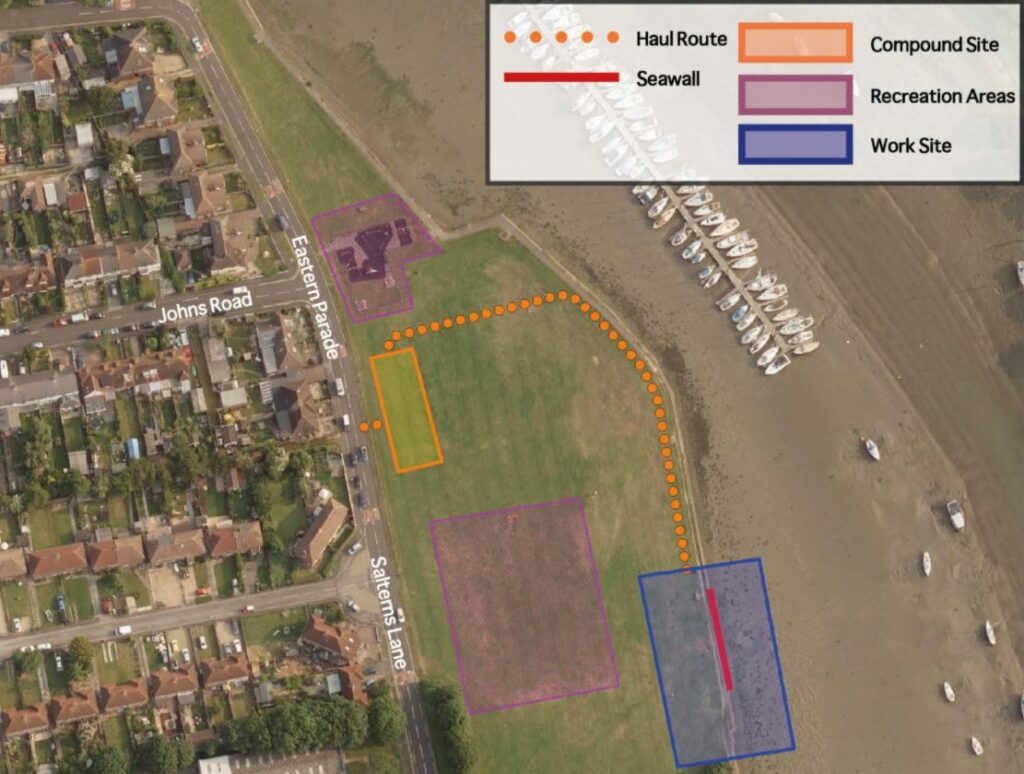