Manson Partners with Trimble and Measutronics

The Mile Point scheme was one of the first breakwater construction projects ever to use Trimble Marine Construction (TMC) Software and Teledyne BlueView sonar to collect motion-compensated 3D point clouds and create a 3D model from the moving barge platform in real time.

Manson Construction Co. was hired by the U.S. Army Corps of Engineers to reconfigure part of the Mile Point channel in Jacksonville, Florida, and allow deep-draft container vessels to use terminals at JAXPORT without having to wait for slack tide.

Amongst the project’s many features is the construction of a 4,000-foot-long wall that will not only function as a breakwater, but will also retain dredged spoils and retrain the river currents.

During the bid process, Manson chose to partner with Trimble and Measutronics Corporation to develop a solid technological approach to deal with the need of critical plant positioning and the use of specialized acoustic imaging in shallow water.

The sonar system included Trimble Marine Construction (TMC) Software combined with Teledyne’s BlueView MotionScan system. MotionScan is a system comprised of TBV 1350 sonar, pan & tilt, and motion compensation. Together, these systems stitch together an accurate picture of the river floor and the excavation work going on under the water’s surface.

According to Lou Nash, manager for Measutronics, the Mile Point project is one of first marine construction projects ever completed using Trimble positioning and software systems in this way; where Teledyne BlueView sonar feeds Trimble Marine Construction (TMC) Software in real time for a complete 3D model of work as it is happening. 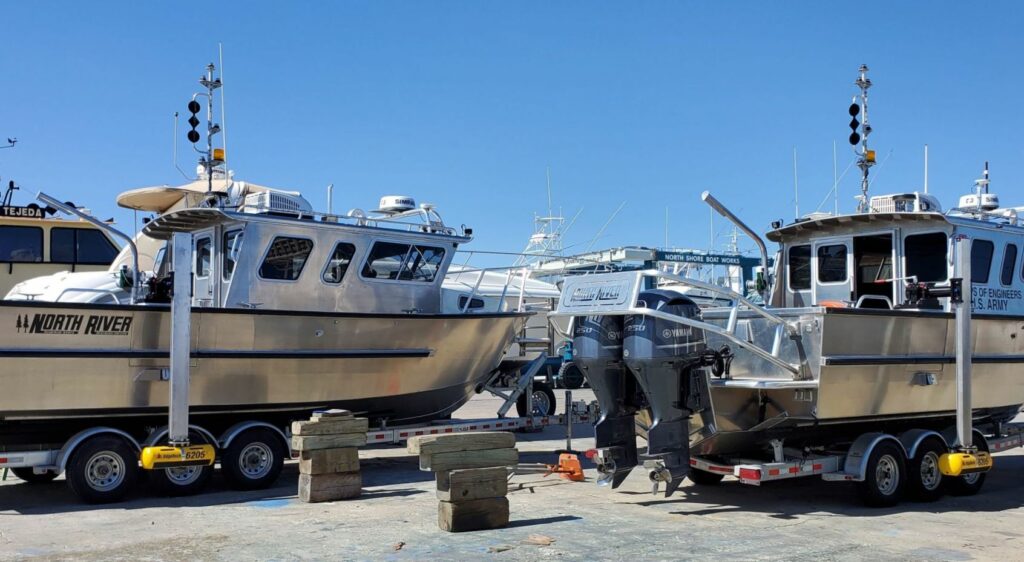