The recently delivered hopper dredger has already started work to deliver safe and reliable ocean access for the commercial vessels that cross the entrance bar.

Maintenance dredging at Lakes Entrance has been going on for more than 120 years and is vital to provide a reliable entrance to the Gippsland Lakes. Maintaining ocean access also reduces the risk and severity of flooding for local communities at Lakes Entrance, Paynesville and Metung and the surrounding agricultural regions.

The newbuild will replace the New Zealand based dredge, Pelican, which was operated by Dutch company, Van Oord, for the past eight years.

The new $23 million dredge was built by Dutch company Damen at its Yichang Shipyard in Hubei province, China. 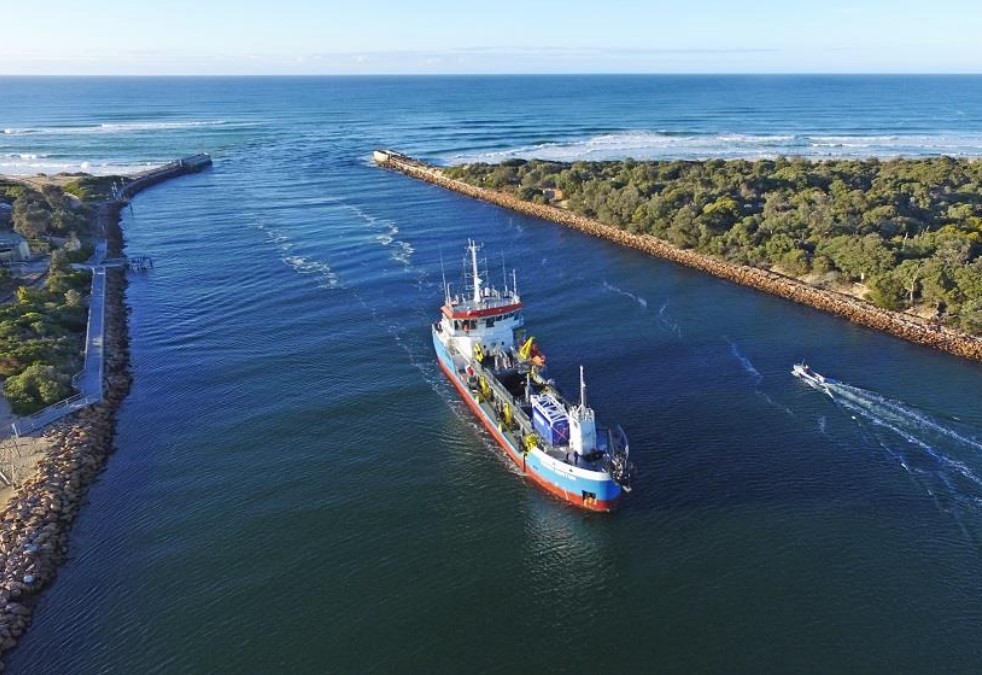