October Board Meeting Held in Cowes

At the October Board meeting, Cowes Harbor Commissioners discussed the three strategic, interlinked harbor and marine employment sites that are currently at various stages of development.

These are the Cowes Outer Harbor Project/Venture Quays development in East Cowes, Kingston Marine Park at Whippingham, and Medina Yard in Cowes.

CHC continues to fulfill its commitments to the government’s Homes and Communities Agency (HCA) led Outer Harbor Project and has been ready to deliver Phases 2 and 3 of the harbor infrastructure, a dredged Eastern Channel and extension to the Shrape breakwater, since December 2016, reported the Commissioners.

However, the ‘Harbor Infrastructure Funding Agreement’ (HIFA) between CHC, the developer of the HCA’s Victoria Quay marina in East Cowes and the HCA, has been further delayed, partially due to the Full Planning Consent not yet being finalized. Phases 2 and 3 of the harbor infrastructure works will therefore not go ahead this winter as had been originally planned, added CHC.

CHC will also prioritize the capital dredge of the Eastern Channel as part of the Commission’s ongoing commitment to the Outer Harbor Project and East Cowes Regeneration Project.

The hybrid planning application by the Harrison Trust proposes a mixed-use re-development of Medina Yard to provide up to 535 houses and up to 18,630 sqm of non-residential floor space and associated new public realm works, landscaping, the re-construction of a sea wall and a new public slipway.

The Commissioners reiterated the importance of agreeing deliverable plans that will provide for both interim and long-term solutions for the retention of sustainable marine employment sites in the Medina. They also highlighted the ongoing uncertainty and challenges surrounding the financial viability and delivery of the HCA’s Kingston Marine Park site at Whippingham.

Cowes Harbor Commission has been the government’s partner in their East Cowes Regeneration Project since 2003. Following the coalition government’s abolition of Regional Development Agencies in 2012, the Commission, at the request of the Homes and Communities Agency, agreed to take on responsibility for the contractual delivery of the Outer Harbor Project infrastructure elements, namely the Cowes Breakwater, extension to the Shrape breakwater and capital dredging of the new Eastern Channel.

The Commission has delivered the Cowes Breakwater at a total cost of approximately £8 million, with circa £5 million coming from CHC and £3 million from HCA grant funding.

CHC has been working with the HCA to deliver the rest of the Outer Harbor Project infrastructure (Phases 2 and 3: Eastern Channel and Shrape extension). The planned Victoria Quay marina is due to be delivered by the HCA’s East Cowes development partner Venture Quay Estates Limited (VQEL), made up of Westcourt Real Estate and Camper & Nicholsons. 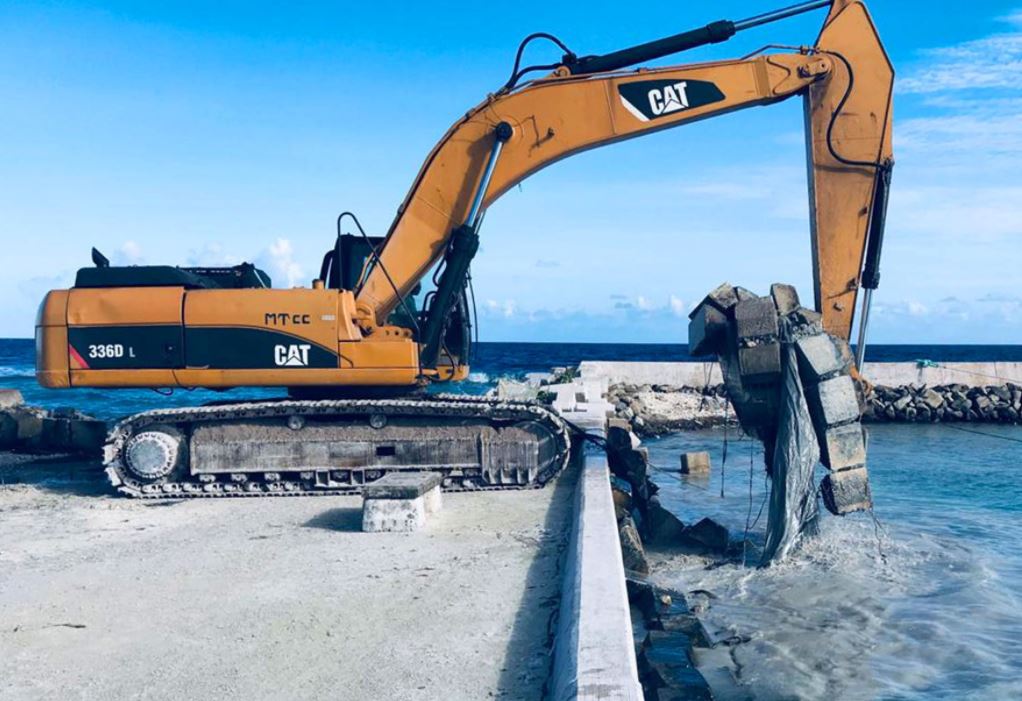