The new custom-built stationary CSD, being built for Arab Potash Company (APC), will be launched at the beginning of 2018, Royal IHC said in their latest announcement.

After arrival in Jordan later that year, the vessel will start dredging in the potash mines of the southern Dead Sea.

To enable the customer to use the full potential of the equipment, an extensive training program will be provided by IHC.

IHC Area Sales Director Middle East, Amin Ezzedine, said: “The new vessel will empower APC to dredge salt in line with the long-term mining development plans in the Dead Sea. The durability of our equipment is also proven by the 1966 IHC-built CSD Beaver® KING HOLLAND XXVI, which is still part of the APC fleet.”

APC is the eighth largest potash producer worldwide by volume of production and the sole producer of potash in the Arab World.

The new CSD Jarash is named after an ancient city in Jordan, IHC said. 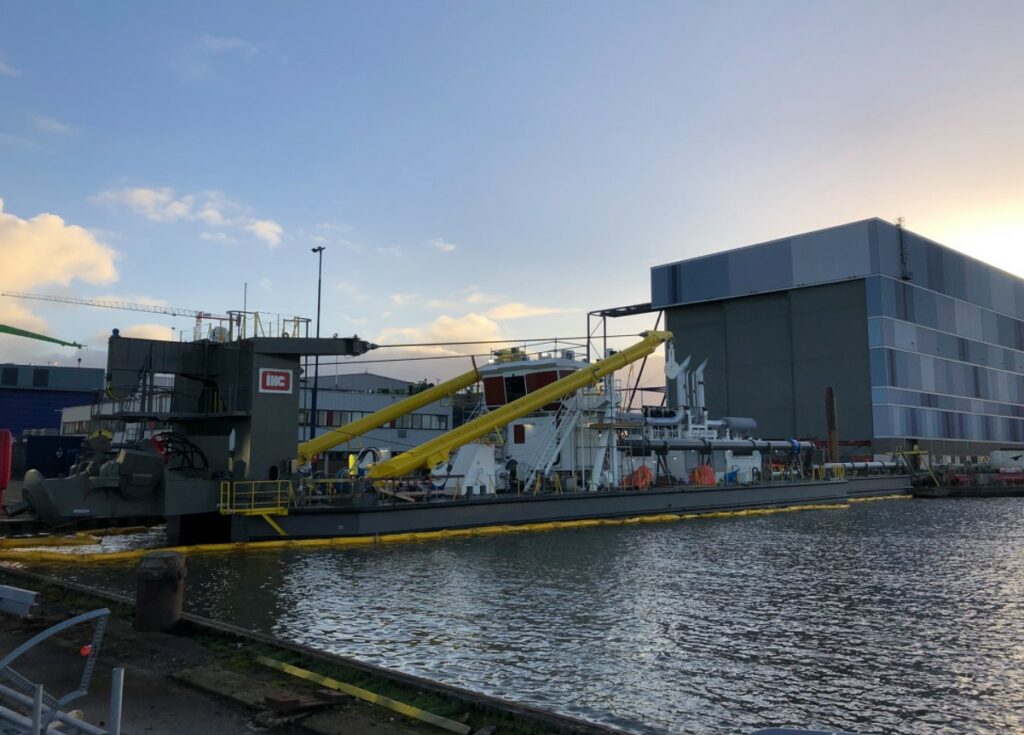