A draft environmental assessment (EA) for levee repairs (L-575 Benton-Washington levee system) along the left descending bank of the Missouri River near Hamburg, Iowa, is currently available for public review, reports the US Army Corps of Engineers, Omaha District.

The draft EA evaluates the environmental impacts of repairing damage to the levee caused by high flows in May 2017.

Repairs would include replacing lost earthen material along the riverside levee toe and compacting it to the appropriate slope along with planting grass seed via drill seeding and placing an erosion control blanket until vegetation is established.

Repairs will be completed under the Corps’ PL 84-99 Emergency Levee Rehabilitation Program.

The increased soil moisture and early summer storms stressed the levee system resulting in levee toe erosion and vegetation to be killed on a portion of the L-575 left bank segment. Without repairs, erosion will continue during future high flows.

The deadline for sending comments is December 28, 2017. 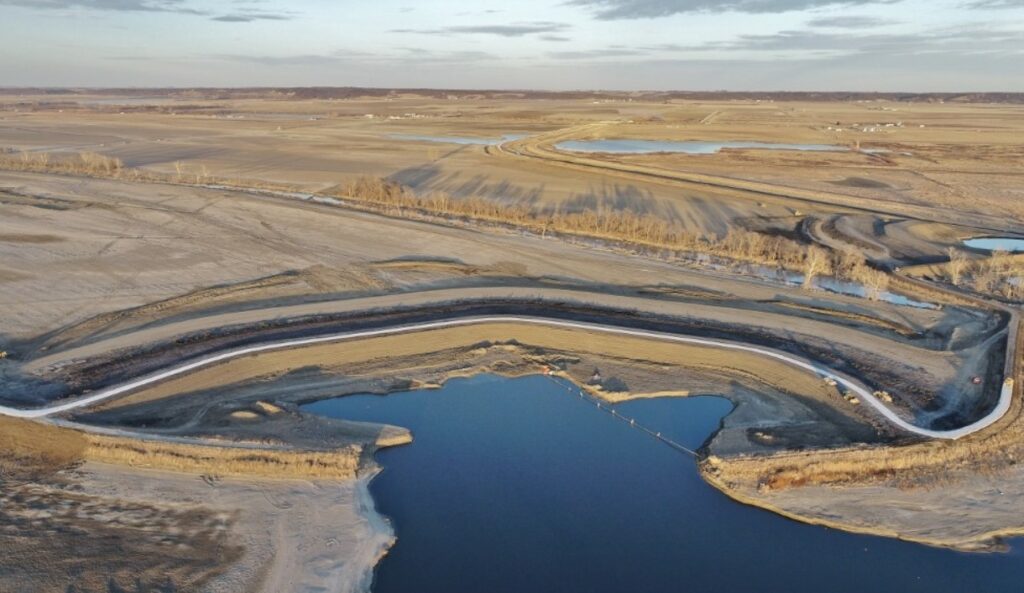