The Mandaue City has bought its first amphibious machine to dredge the silted Butuanon River and Mahiga Creek, the SunStar Cebu reports.

According to Mandaue City Mayor, Luigi Quisumbing, this machine will go to any river or stream, but primarily in Butuanon River and Mahiga Creek, without needing a place to park because it will directly go into the water and do the clearing and dredging from there.

The city used to have difficulty looking for space for its excavators due to inaccessibility of roads, zoning violations and presence of illegal settlers in some areas.

“There were difficulties where we can put the excavators, then garbage built up, and then siltation. The result would be worse flooding,” he said.

With the acquisition of the amphibious vehicle, the city can act quickly as possible with the equipment already in City Government’s hand, the SunStar informs.

Quisumbing added that the city cannot depend on the Department of Public Works and Highways (DPWH) all the time especially that Mandaue is prone to problems of siltation.

The amphibious dredger, built by Berky Mowing Machines, arrived at the Mandaue Office of the City Engineer earlier this week. 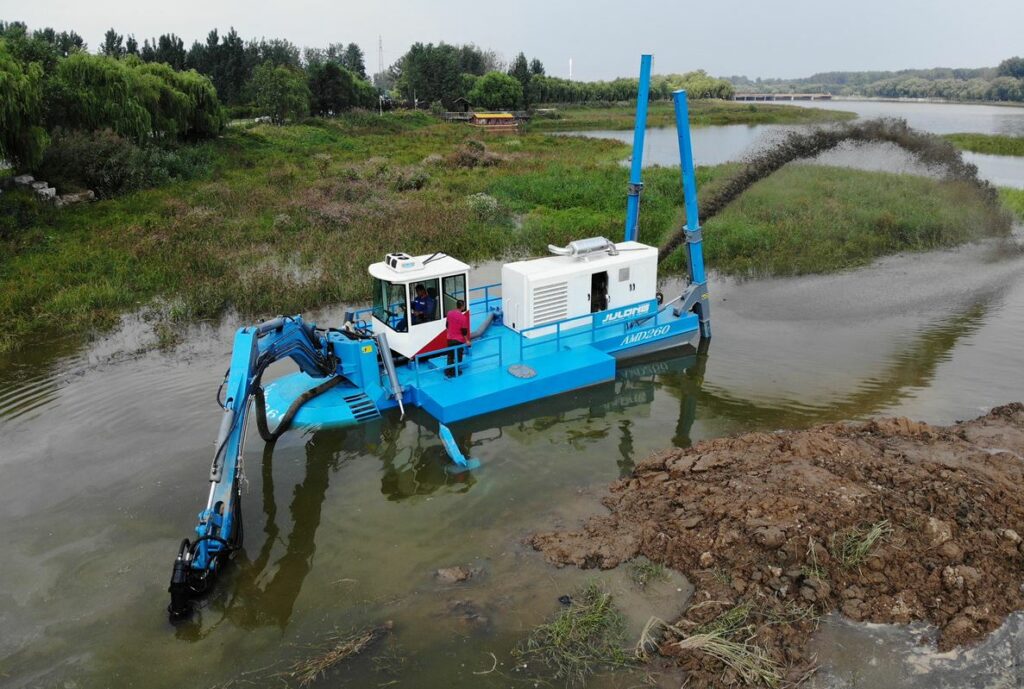