Atlantic Port of Bordeaux, the EIG Dragages Ports and the SOCARENAM shipyard have just signed a contract for the construction of the water injection dredger running on LNG.

This innovative and eco-efficient dredger will replace the grab hopper dredger “La Maqueline” in the summer of 2019.

Atlantic Port of Bordeaux uses two dredgers to maintain the navigation channel and quaysides. The dredger Pierre Lefort was replaced in 2013 by the trailing suction hopper dredger Anita Conti, and in 2017 a decision was made to replace La Maqueline, a grab hopper dredger dating from 1984, by a water injection dredger, which like the Anita Conti will work on the navigation channel, thereby reducing the volume of sediment transported and relocated in the estuary.

After a European call for tenders in 2017, the EIG Dragages Ports awarded the contract to SOCARENAM shipyard, based in Boulogne sur Mer. This will be the first dual-fuel newbuild vessel built in France (excluding LNG tankers).

By using this type of fuel, combined with electric diesel propulsion, which is more energy efficient, and water injection dredging, which is better for Bordeaux’ port areas, Atlantic Port of Bordeaux will be able to maintain the port accesses and equipment in a more environmentally-friendly way, reported the port.

This newbuild to be called “L’Ostrea” will be fully equipped to operate efficiently (specially designed dredging system, azimuth thrusters, dynamic positioning, heavy lift crane, etc.) and will provide excellent comfort on board for the crew (COMF-NOISE and COMF-VIB ratings, cabins and wheelhouse on shock absorbers, individual cabins, etc.). 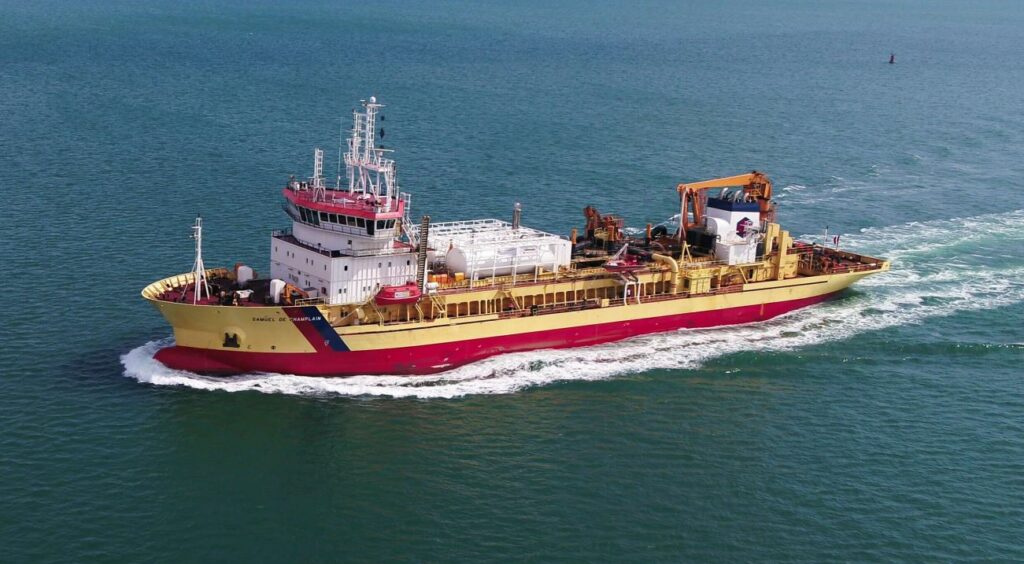