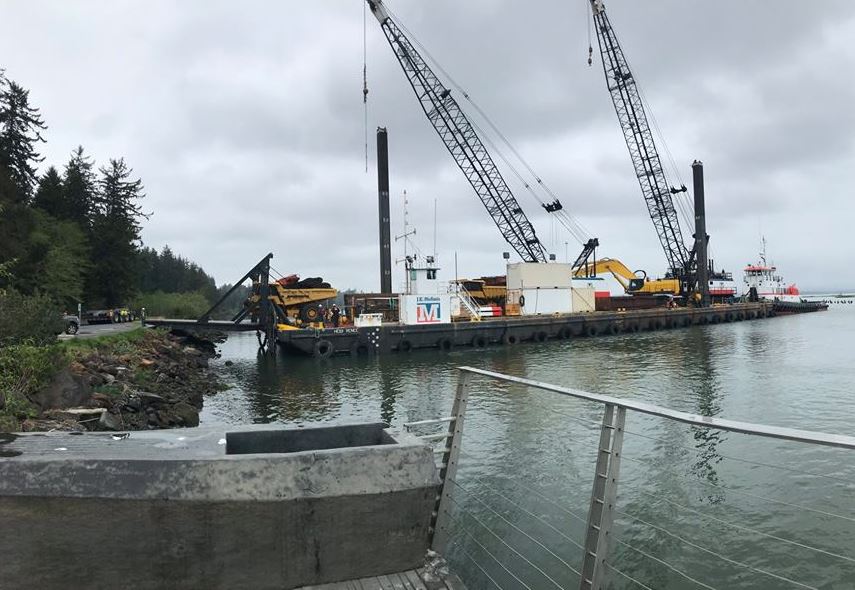 The crew arrived and started placing stone on May 1st at the mouth of the Columbia River, reported the company.

In an effort to rebuild the MCR North Jetty, McAmis will reshape the existing jetty as well as extend the jetty 250′ further into the Pacific.

The company will place a total of 145,000 tons of stone ranging up to 40 tons each. Stones are being trucked in from domestic sources as well as barged down 13,000 tons at a time from a source in Canada.

According to the Pacific Northwest Waterways Association (PNWA), the MCR jetties help support economy of the region and the entire country. The Columbia Snake River System is the nation’s largest wheat export gateway. Each year, approximately 44 million tons of cargo moves through the deep draft Lower Columbia River, valued at roughly $24 billion. 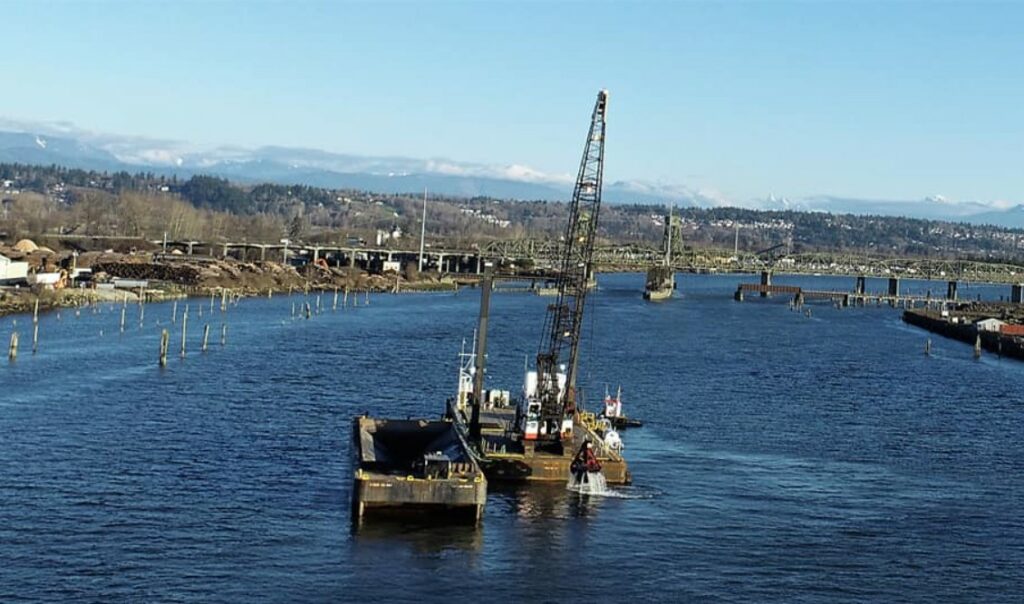