The U.S. Army Corps of Engineers, Baltimore District, said in its latest announcement that their Poplar Island development project is moving ahead.

This work is part of Baltimore District’s Poplar Island expansion project, which is a partnership with the Maryland Port Administration, to create an additional 575 acres using clean material dredged from the Maryland Chesapeake Bay approach channels to the Port of Baltimore.

Large rocks and sand are placed to create dikes to outline the expansion cells, allowing dredge material to later be placed within the cell. These submerged rocks are currently being placed within the area marked by the cautionary buoys and will only pose a hazard to vessels that venture inside this zone.

USACE said in their latest release that they are urging boaters to steer clear of ongoing construction activities and submerged rocks marked by cautionary buoys in these areas.

“Crews working at the north end of the island have noticed an increase in the number of recreational vessels that are crossing the work zone,” said Justin Callahan, project manager for the Baltimore District’s Poplar Island project.

“There is a very real danger of vessels hitting rocks just below the water surface in the work area. Public safety is always the number one priority for us so we want to make sure people know why the buoys are there and know to avoid the work area.”

Approximately 32 cautionary buoys have been placed around the work zone, which extends more than a mile north of the existing island. More than half of these buoys are lighted, USACE said.

These buoys are intended to steer boaters away from potentially dangerous submerged rocks that are part of the ongoing Poplar Island expansion project. 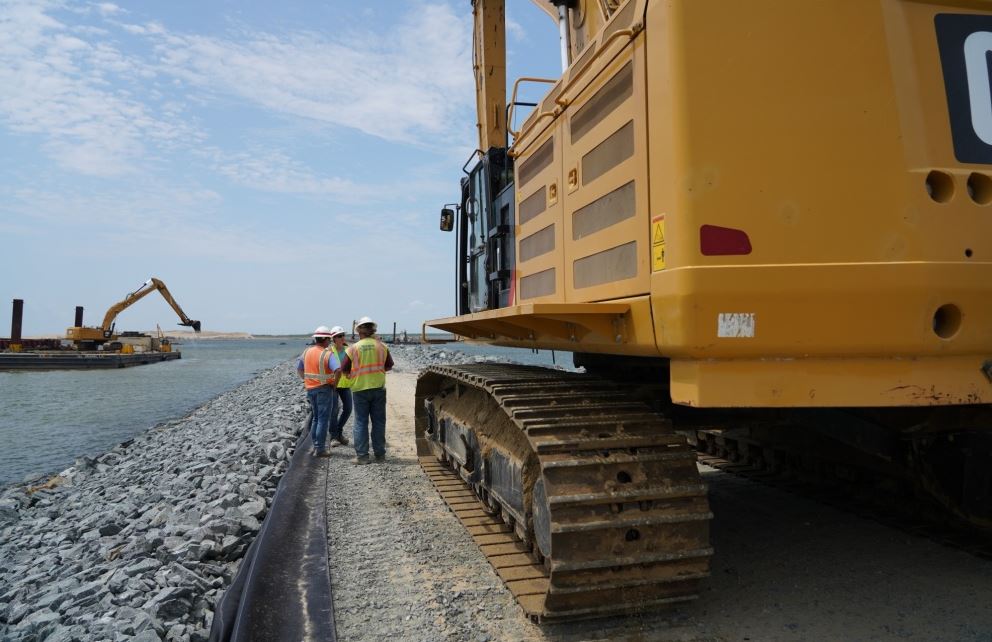