Oamaru Dredging Works About to Resume

Heavy machinery will start arriving in Oamaru between 27th September and 2nd October for stage one of a dredging contract carried out by Rooney Earth Moving, according to the Waitaki District Council’s latest announcement.

Under the project, the contractors will be dredging a 120 meter long by 40 meter wide portion of the Oamaru harbor channel to a depth of three meters at low tide (at present its down to about 1 meter at low tide), 7,000 cubic meters of dredging material is proposed to be removed from the channel.

Waitaki District Council Chief Executive, Fergus Power, said at the time that “safety considerations are paramount, the council needs to provide safe access in and out of the harbor for fishing boats and private recreational boats.”

The heavy machinery involved in the dredging project will consist of a 40 tonne long reach excavator, 30 tonne excavator and 35 tonne dump truck.

The dredged material will be used to establish a temporary causeway along the harbor side of the break water in order to provide access to carry out repairs and rock armoring on the sea side of the break water. It is expected there will be truck and trailer movements bringing rock for armoring the breakwater and this may cause some restriction to public access at certain times.

The initial contract will cost in the vicinity of $180,000 +gst, a second stage is proposed to commence in March/April 2019 which will involve dredging 18,000 cubic meters, providing a five meter deep channel and costs for this are yet to be finalized.

“There should not be any impediment to surfing the north side of Holmes Wharf as a result of the dredging and operators will take great care not to disturb blue penguins, who mostly do not come home through the channel and tend to keep to the eastern side of the breakwater,” said the council.

Waitaki District Council Projects and Assets Officer Grant Rhodes said that he was looking forward getting the channel dredged to a safe state and progressing work on the breakwater structure which is a Category One heritage structure. 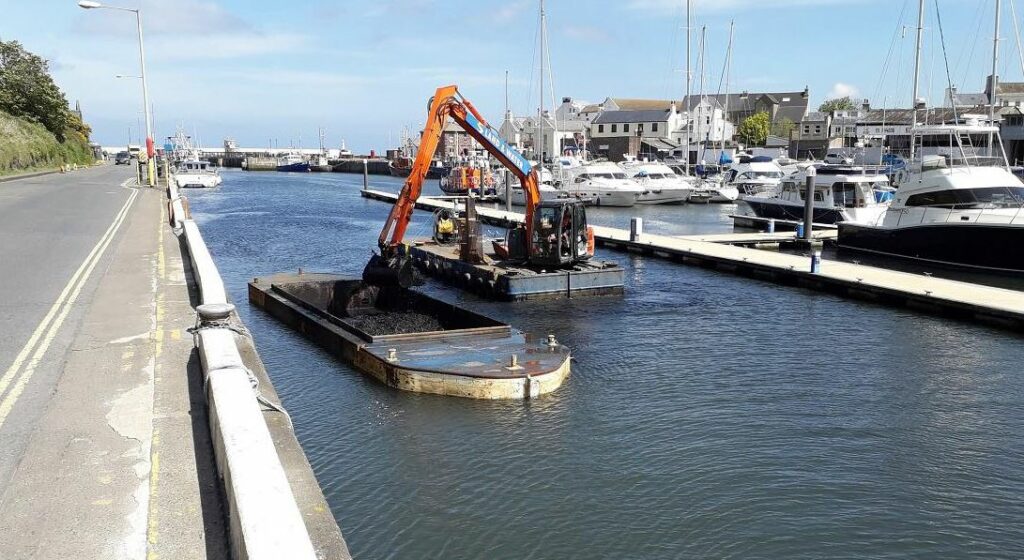