Naming Ceremony of Fregate and Papillon in French Guyana

The naming ceremony has been held for two custom tugs built by Damen Shipyards Hardinxveld for De Boer Remorquage SARL, a joint venture between Dutch Dredging and Iskes Towage and Salvage.

The ceremony took place in the Port of Cayenne in French Guyana.

Both vessels represent innovative solutions and one of them has additional modifications that enable it to undertake dredging and other associated activities, said Damen.

Present at the event where representatives from a number of French government agencies and the port authorities, plus guests from De Boer, Dutch Dredging, Iskes Towage & Salvage and Damen.

The Reverse Stern Drive (RSD) WID Tug 2915 Hybrid Fregate is a unique harbor tug that has been designed to provide a single vessel that is a fully-functional tug with 42.5 tonnes of bollard pull but is also fitted with a Water Injection Dredging (WID) system that enables it to maintain the depths of the harbors of Cayenne and Kourou in French Guyana. 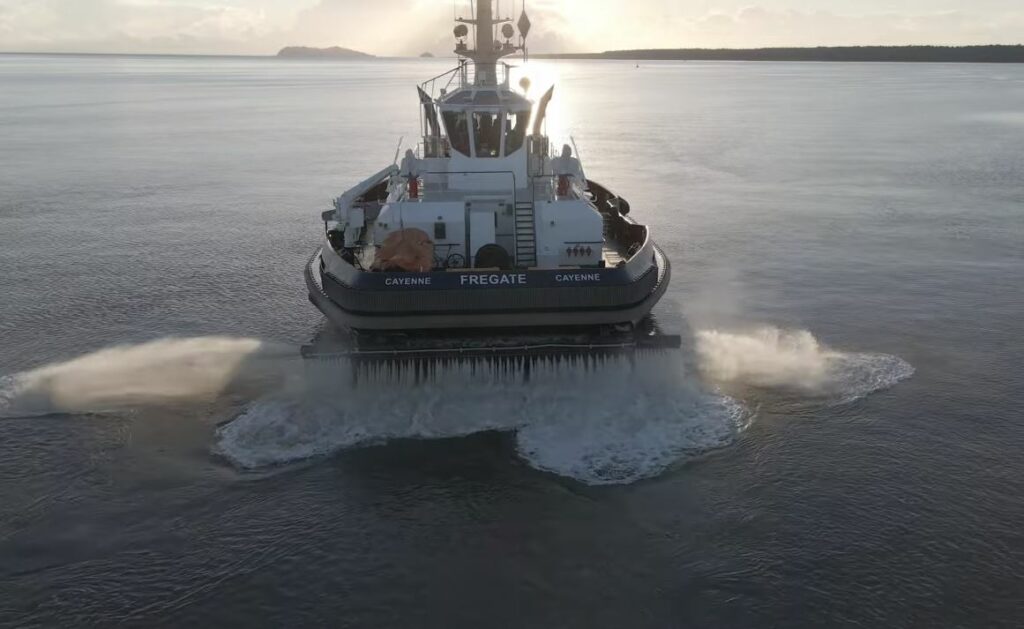