The U.S. Army Corps of Engineers, New Orleans District, has just released a photo of the dredge Mike Hooks working in the Calcasieu Ship Channel.

The channel was formed by channelization of the Calcasieu River from Lake Charles to the Gulf of Mexico—36 miles—and an additional 32 miles out into the Gulf.

It provides deep draft access to the Port of Lake Charles, which is currently the 13th largest port in the nation based on tonnage. In order to keep this waterway open, the channel requires maintenance dredging one to two times per Fiscal Year.

Over the next few weeks, the cutterhead dredge Mike Hooks will be busy in the Calcasieu Ship Channel, keeping the channel at its congressionally authorized dimensions of 400 feet in width and 40 feet deep. 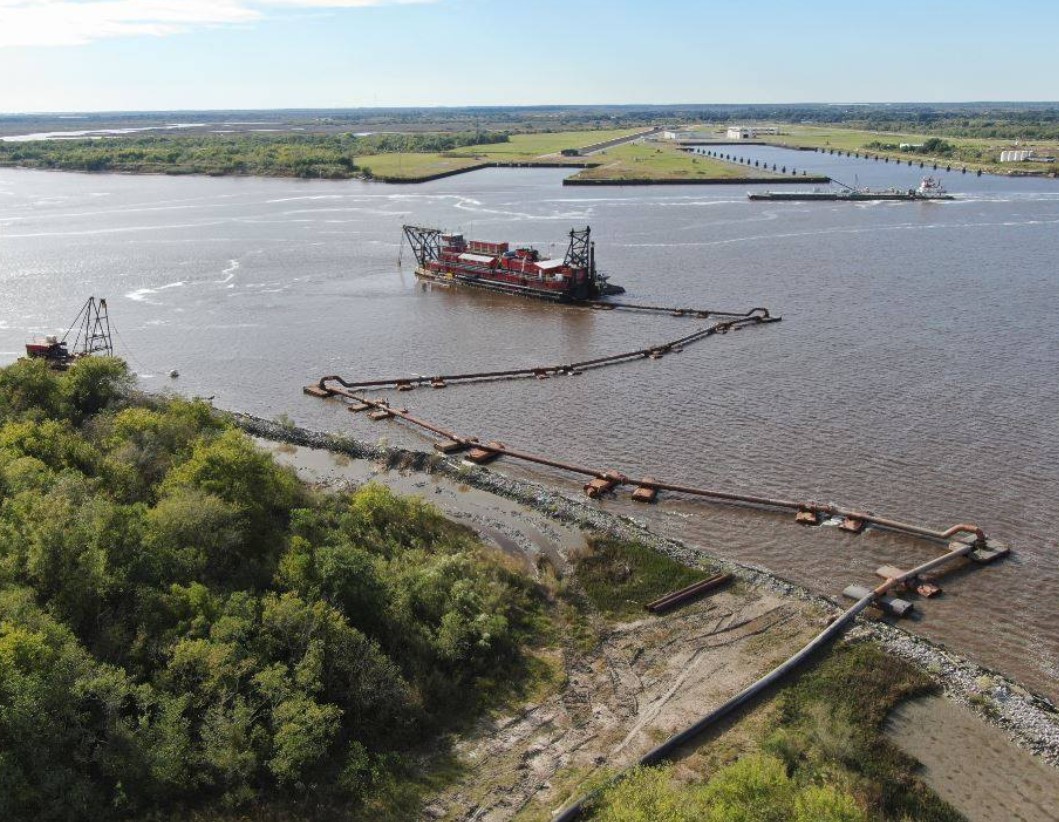