The Shropshire Union Canal, Middlewich branch, in Cheshire, was re-opened on Friday, 21 December, following repairs to a major breach after a section of the 200-year-old embankment washed away into the River Wheelock below in March.

As Canal & River Trust reports, more than 4,000 tonnes of stones was used to rebuild the canal embankment so that it can be refilled with water and can once again be enjoyed by boaters, walkers, runners and the local community.

The work cost nearly £3 million and was funded by the Trust as well as players of People’s Postcode Lottery. Generous donations from the local community also raised over £30,000 for the emergency appeal.

Contractors, Kier and CPC Civils, on behalf of the Trust, have rebuilt the 12m high embankment prior to constructing new concrete canal walls, a PVC lining membrane and concrete protection slab as well as reinstating the towpath in preparation for the reopening.

Andy Johnson, the senior project manager said: “We’ve been working hard on site to repair the canal as quickly as we could. We faced some complex challenges like removing stranded boats and access along the canal bed to reach the breach but we’re pleased that we can re-open the canal before Christmas.”

Andy also added that they still have some work to do on site in January and “we might need to close the towpath at times early in the New Year to complete the work”. 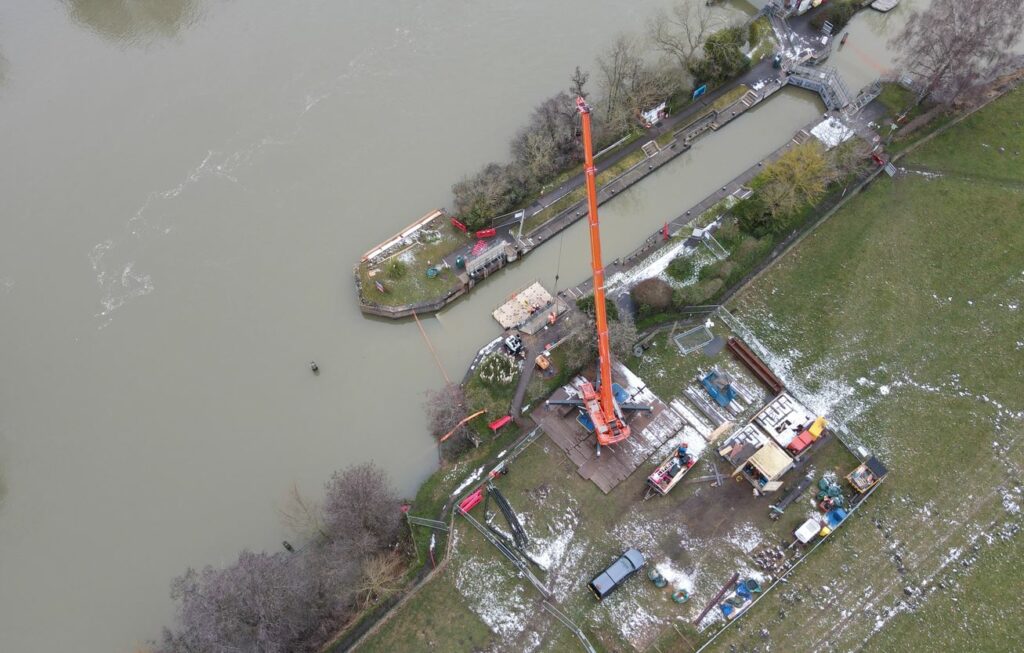