A scheme which has significantly reduced flood risk to thousands of properties on the West Sussex coast has been awarded a prestigious national accolade.

The Shoreham Adur Tidal Walls scheme, currently in its final phase of works, is being recognized through the Considerate Constructors Scheme (CCS) National Site Awards.

The Shoreham scheme is being carried out by Mackley, working as part of Team Van Oord and on behalf of the Environment Agency, Coast to Capital Local Enterprise Partnership, Adur District Council and West Sussex County Council.

Work on site commenced in October 2016, and when fully complete the scheme will significantly reduce flood risk to more than 2,300 properties in Shoreham and East Lancing – as well as protecting important local infrastructure including the road network, railway line and Shoreham Airport.

The CCS National Site Awards recognize construction sites where exceptional standards of consideration are shown towards local neighborhoods and the general public, the workforce and the environment.

Winning a National Site Award is an exceptional achievement only given to sites that have made the greatest contribution towards improving the image of construction. Only the top scoring registered sites are potentially eligible to win a Bronze, Silver or Gold award – and Mackley will discover which award has been given to the Shoreham scheme at a ceremony in London on 4 April. 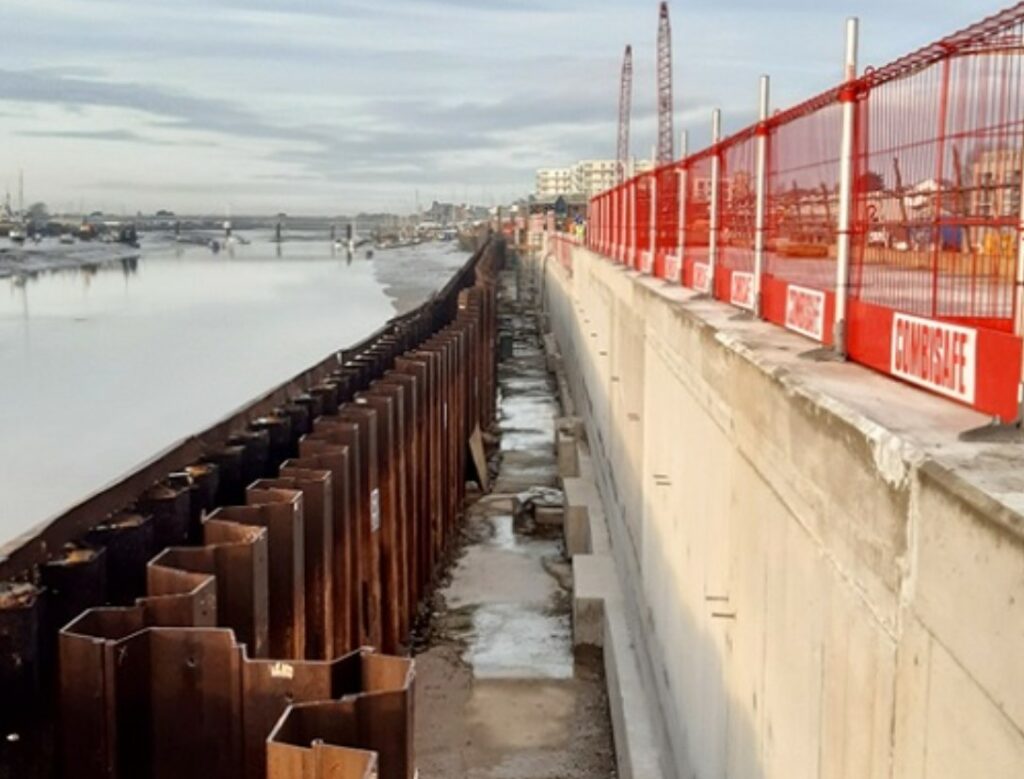