Second Phase of John Compton Dam Rehabilitation About to Begin

Work on the second phase of the John Compton Dam Rehabilitation Project, named ‘JCD02 – Dredging of the Reservoir and Transport of Sediment’, is set to begin in June 2019, WASCO St. Lucia Inc. said in its latest release.

The announcement was made by WASCO’s representatives, as well as the contractor for JCD02, VINCI Construction Maritime et Fluvial, who met with residents of Tete Chemin Millet, Vanard, Jacmel and environs during a Town Hall Style meeting at the Millet Infant School on Sunday, April 14, 2019.

Project Manager for JCD02 David Ferrao of VINCI Construction Maritime et Fluvial said that the suction dredge which will be used to de-silt the John Compton Dam is already en route to St Lucia from Europe and is expected to arrive at Port Castries by April 30, 2019

Once the equipment arrives on island, a total of fourteen trailer trucks will be used over a five-day period to transport the heavy dredging equipment from Port Castries to the John Compton Dam. Assembling of the marine equipment will then take place, said WASCO St. Lucia Inc. on its release.

Specialized experts including three divers have been contracted to conduct the under-water works. The crew will be responsible for the removal of woody debris from the reservoir among other responsibilities. Permanent onshore pipelines will also be laid from the reservoir to the Sediment Disposal Area (SDA) in preparation for the suction dredging. 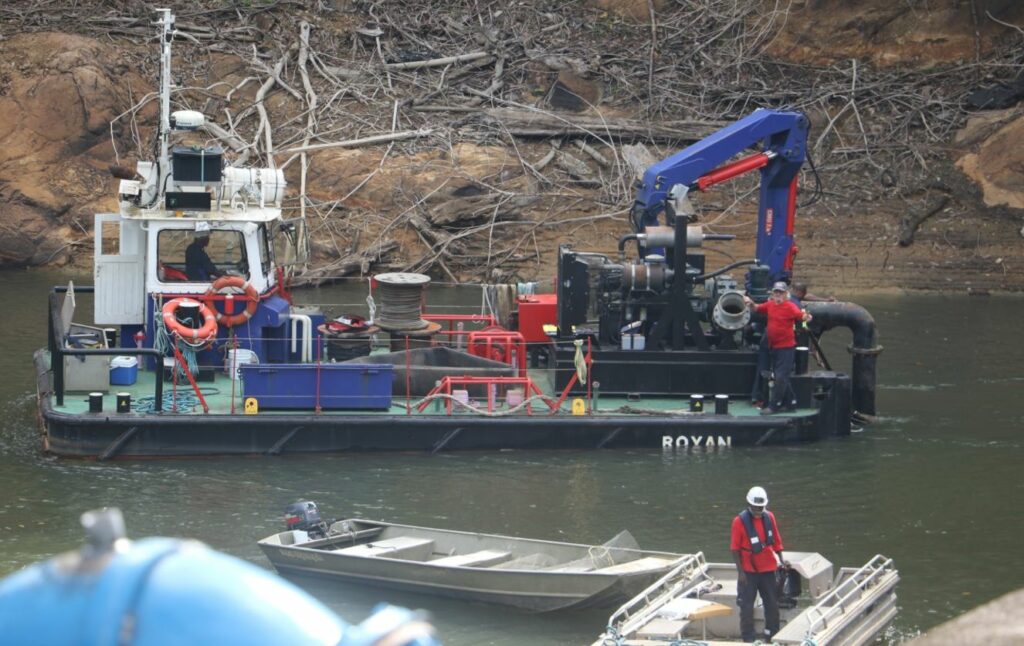