Ukrainian Sea Ports Authority (USPA) has just announced the completion of dredging operations in the Port of Kherson.

According to USPA, the contractor – SMD Invest LLC removed over 400,000m³ of dredged material from the port’s berths and the operational areas.

Following the completion of dredging, Kherson Port became the fourth port in Ukraine that was deepened to the required levels.

Now, the design depth of the approach channel to the Kherson seaport and its anchor points is 8.25m.

Commenting the latest announcement, USPA head Raivis Veckagans, said that the restoration of passport depths in seaports is one of the main functions of USPA.

“This year, we have already dredged the ports of Odessa, Chernomorsk, Izmail and now Kherson. Currently work is ongoing in Nikolaev, as well as in two Ukrainian ports in the Azov Sea – Mariupol and Berdyansk,” said Raivis Veckagans.

“This will allow private and public stevedoring companies to operate more efficiently and reduce the cost of transporting goods through the ports,” added Veckagans.

He concluded by saying that the last maintenance dredging in the Port of Kherson was carried almost eight years ago, removing less than 100,000m³ of material. 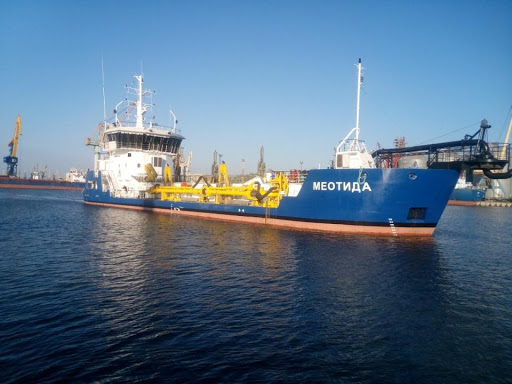