On the second day of his visit, he was joined by Brig Gen. Paul Owen, commander, U.S. Army Corps of Engineers Southwestern Division and Col. Timothy Vail, Galveston District commander and members from his District’s team.

The group toured the Ellis Island hopper dredge and Tug Douglas B. Mackie and were hosted by the Great Lakes Dredge and Dock Company, LLC.

The Ellis Island started dredging operations in early December 2017 on Phase 1 of the MSCIP Comprehensive Barrier Island Restoration Plan and is one of the newest and the largest hopper dredge in the American fleet. 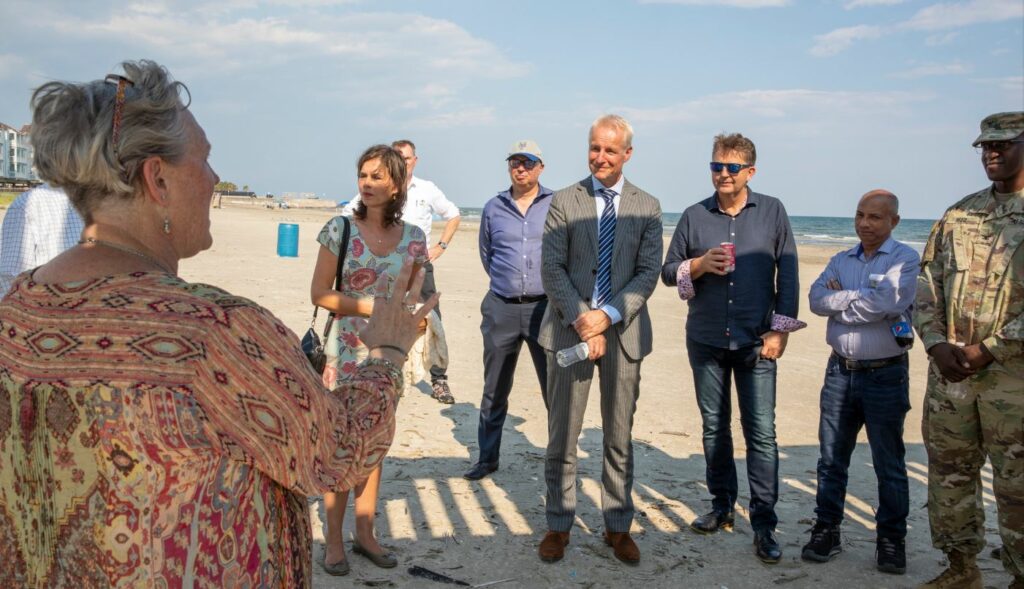