Damen Shipyards has just released a video named ”How to Empty Sand Barges Using a DOP Dredge Pump”, recorded during a project in Haringvliet, the Netherlands.

Under the contract, for a newly created island 5.000m³ of coarse sand had to be transported. This new island is located in a very shallow area where the sand barges could not come due to their draught.

The creative solution was using a DOP250 submersible dredge pump to bridge the gap.

The DOP250 was connected to a pontoon-based Caterpillar 374D LRE excavator. A carousel of sand barges was moored alongside. Sufficient transport water was added to the cargo, creating a mixture which could be pumped out easily.

The DOP250 was lowered into the sand cargo, emptying the barge and pumping the coarse sand over some 300 m to the new isle through a Di 2500 mm pipe line. 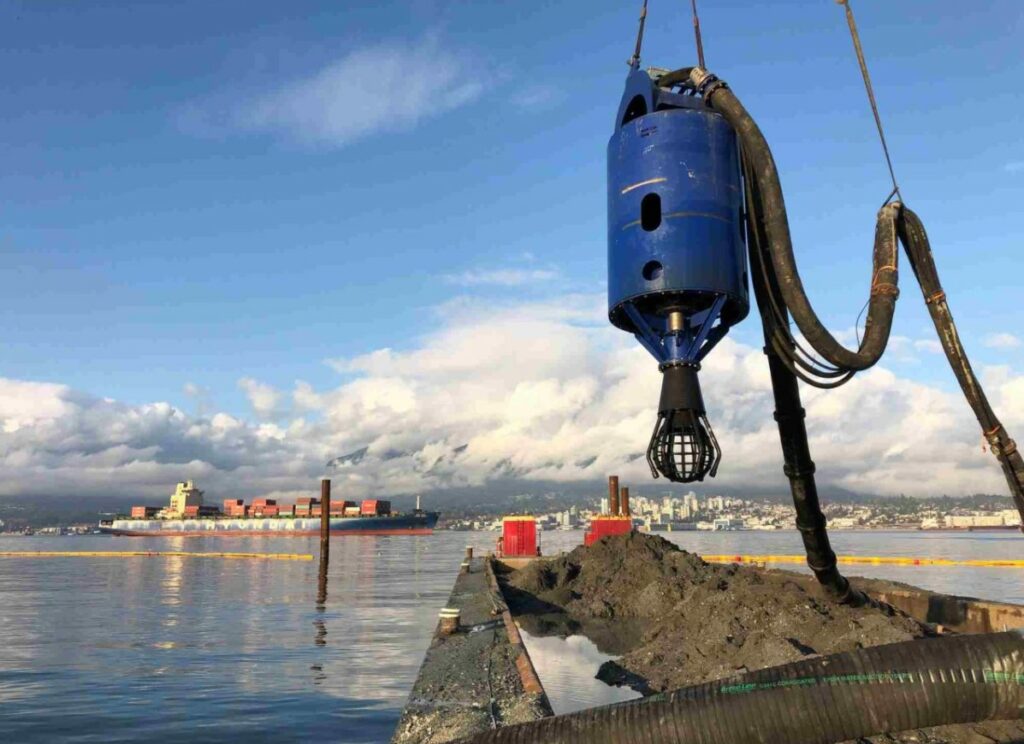