Plans for state-of-the-art new coastal defences in Southsea have been given the green light as government awarded nearly £100m of funding to the project.

Funding from the Environment Agency was the final hurdle the Portsmouth City Council project had to overcome and work is now set to start on site later this year.

Cllr David Ashmore, the council’s Cabinet Member for Environment & Climate Change, said: “We are now able to replace the outdated defences and protect Southsea residents and businesses from the risk of flooding for generations to come.”

The proposed scheme will protect over 10,000 residential and 700 non-residential properties in Southsea from the risk of coastal flooding.

Cllr Hugh Mason, Cabinet Member for Planning Policy & City Development, said: “This is excellent news and it is the culmination of many years of planning and careful negotiation.”

As part of a six-year programme worth £2.6bn to protect 300,000 homes across England, the Environment Agency is supporting the Southsea Coastal Scheme with £97.8m of funding following on from planning permission being granted in December and now final approval from HM Treasury.

The project is culmination of seven years of work including wide ranging public consultation to help develop and shape the scheme.

The first phase of work to start will be between Long Curtain Moat and Clarence Pier, while detailed designs for other sections are being developed. 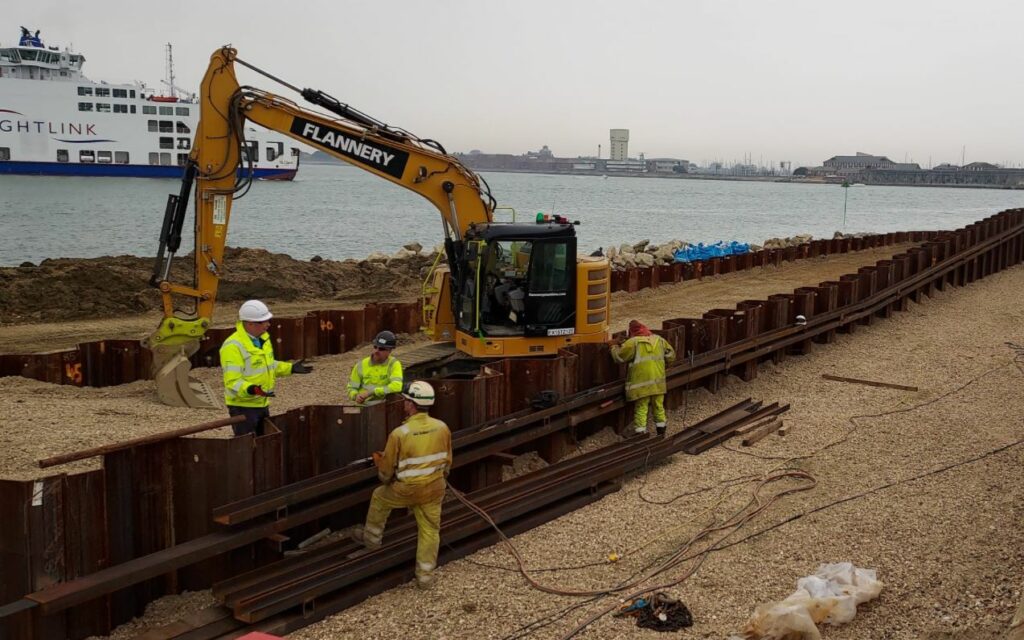