The Coastal Storm Risk Management Project will include both dune and beach berm construction along approximately 2.6 miles of the St. Johns County coastline from Vilano Beach to South Ponte Vedra Beach.

The initial construction will include placement of approximately 1.3 million cubic yards of sand that will be dredged from shoals located within St. Augustine Inlet. Future periodic nourishment events are planned at multi-year intervals.

“This project’s success is a direct result of our continued strong partnership with St. Johns County,” said Jacksonville District Engineer, Col Andrew Kelly. “We have witnessed the devastation caused by major hurricanes in northeast Florida in recent years with Matthew and Irma. Projects like this are concrete, proactive interventions to help reduce risk of additional damage to major infrastructure from future storms.”

The project is designed to address critically eroded areas along the county’s shoreline, improving coastal resilience by reducing future storm damage to infrastructure, including the area’s major hurricane evacuation route, State Road A1A. In addition it will protect and enhance nesting habitat for sea turtles and shorebirds while maintaining existing recreational equities.

It is anticipated that mobilization of beach equipment will start in mid-August, which will require the closure of portions of the driving beach and full closure of Surfside Park, where the contractor will store equipment during construction. The dredger is planned to arrive and begin pumping beach material in late September. 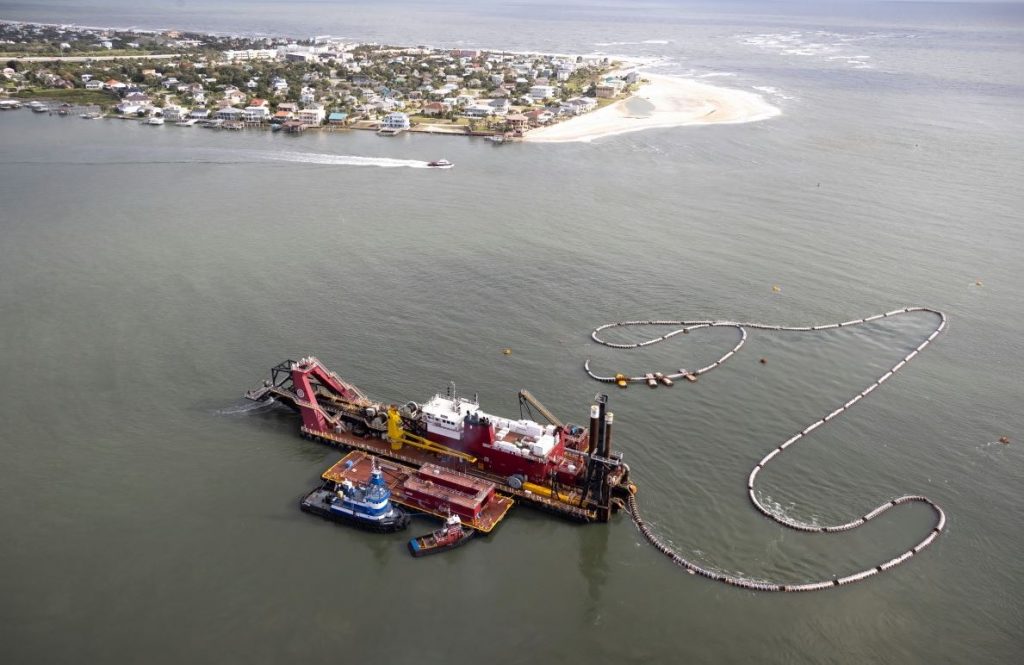