The Army Corps of Engineers, Buffalo District, yesterday hosted a ceremonial groundbreaking event and media site tour, in front of the Col. Ward Pump Station, by the water, at 2 Porter Ave., Buffalo, NY 14201.

The ceremony celebrated the start of repairs to over 1,300 feet of the seawall at the northern section of the Ralph C. Wilson, Jr. Centennial Park, which has deteriorated over time due to Lake Erie ice and wave action.

“This is an exciting time for LaSalle Park with planning underway to transform the site into Western New York’s next great waterfront destination,” Congressman Brian Higgins said. “This work, supported by federal funding and led by the Army Corps Buffalo District, will reinforce the water’s edge providing the foundation from which the new Ralph C. Wilson Jr. Centennial Park will grow.”

“Repair of the seawall at the City’s former LaSalle Park is something we’ve been working toward with the U.S. Army Corps of Engineers for several years to protect the park and the City’s Col. Ward Pumping Station,” Mayor Byron W. Brown said. “With the transition to the Ralph C. Wilson Jr. Centennial Park, a secure, updated seawall has become an even more critical infrastructure component that is necessary to secure what will be a world-class waterfront destination for generations to come.”

The Buffalo District awarded a $6.11 million contract to repair over 1,300 feet of seawall, which has deteriorated over time due to Lake Erie ice and wave action, at the northern section of the Ralph C. Wilson, Jr. Centennial Park, located in Buffalo, NY.

The project will not only protect the pumping station, but it also helps protect the former LaSalle Park’s infrastructure from flooding. 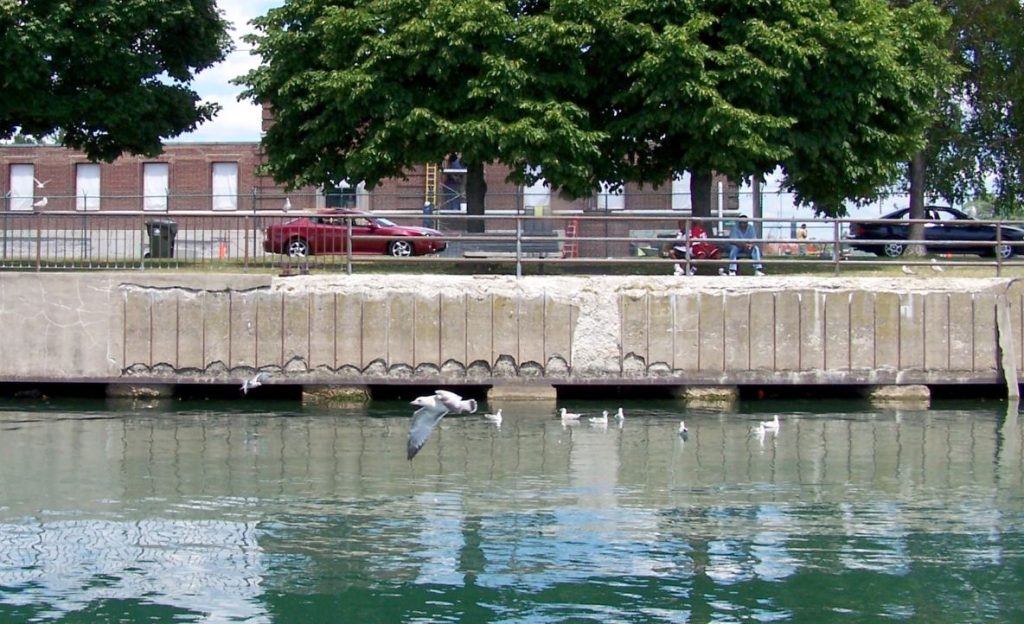