Port of Palm Beach dredging project out for bids

The Port of Palm Beach dredging project is out for bids to a pre-approved group of contractors who operate hopper dredges in the Southeast United States.

According to the port, the project was planned to straddle the FY2020/FY2021 budget years to allow a larger allocation of funds.

The U.S. Army Corps of Engineers has been working with, Port Engineer Ron Coddington, on a medium-range plan to address the cause of shoaling and the funding sources.

“For the past six years, the Port of Palm Beach has experienced emergency dredging requirements due to two main issues,” said Coddington.

“The first is the leaking of sand through the North Jetty. USACE has a project out for bid that will address this issue, with the addition of new granite boulders to the jetty, and the re-configuring of the existing boulders to provide for a “tightened” jetty to resist sand leaking. It is possible the leaking of the south jetty may be addressed in this contract depending on funding,” added Coddington.

Coddington continued that dredging of the Lake Worth Inlet in the past years, has only addressed the channel.

The area in the settling basin that’s located north of the channel, consist of an area where the sand has been dredged to a depth of 35 plus feet.

That area provides for a pocket to collect sand before it washes into the channel.

The lack of dredging of this area in the past six years has resulted in a high volume of sand filling the basin to a depth of less than 10 feet in some areas.

The sand sits there and is available to be pushed into the channel to create shoaling at every high wave north swell event, typical of winter months.

The goal of the USACE and the Port of Palm Beach, is to work on a plan to limit the requirements for emergency dredging, and work to an ultimate plan of scheduled dredging every other year.

In order to get to this sequence, complete emptying of the settling basin’s approximately 350,000 cubic yards is necessary.

The port dredging project went out for bid on August 14th and bids are due September 14th. 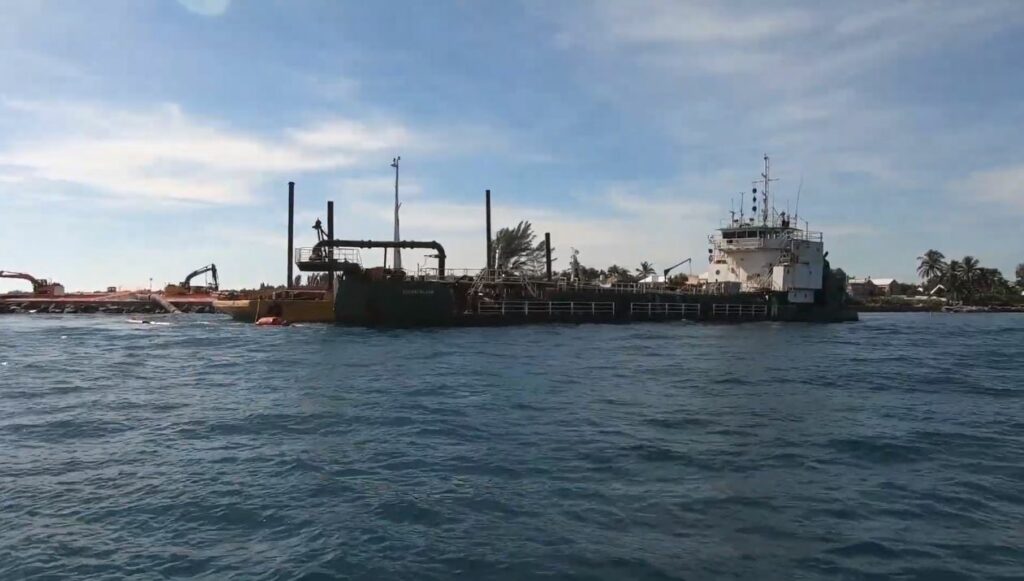