USACE Portland District has just released this amazing photo of their dredger Yaquina, taken during her recent work near Port of Kalama.

The Yaquina is one of two Portland District’s hopper dredges.

The hopper dredge is a specialized sea-going vessel, ready to dredge and transport material from ocean bars, fast flowing rivers and harbors to open-water disposal areas.

The dredging is part of the Corps’ annual river maintenance, aiming to keep the federal navigation channel safe for commercial shipping.

According to the Center for Economic Development and Research, the Columbia/Snake River navigation system is the top export gateway for U.S. wheat and barley exports.

Also, it is the number one export gateway for West Coast wood and mineral bulk exports, as well as for automobile imports. 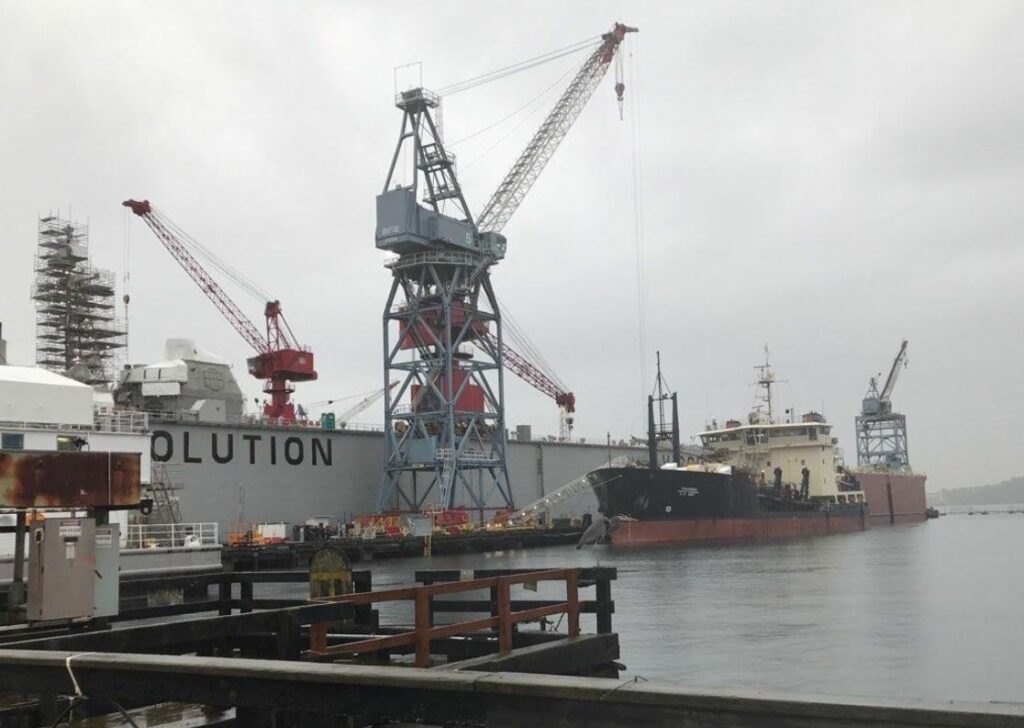