The 360° experience of vessel launch (VIDEO)

The launch of the Suez Canal Authority (SCA) newbuild took place at IHC’s shipyard in Krimpen a/d IJssel, the Netherlands.

The CSD HUSSEIN TANTAWY is one of two vessels currently under construction at IHC for SCA. Her sister vessel, MOHAB MAMEESH, was launched in May and is expected to go on sea trials at the end of this year.

Both vessels, specifically designed by IHC in close cooperation with SCA, are among the largest vessels of their kind. They are a 29,190kW heavy-duty rock CSDs that will be used to maintain and improve the Suez Canal.

The newbuilds, characterized by their long slender shape and high spud towers, will have an overall length of 147.4 meters and provide a maximum dredging depth of 35 meters.

Ever wondered what it is like to stand on board a vessel during its launch? Royal IHC has just released this 360° experience, showing you the launch of CSD HUSSEIN TANTAWY for Suez Canal Authority. 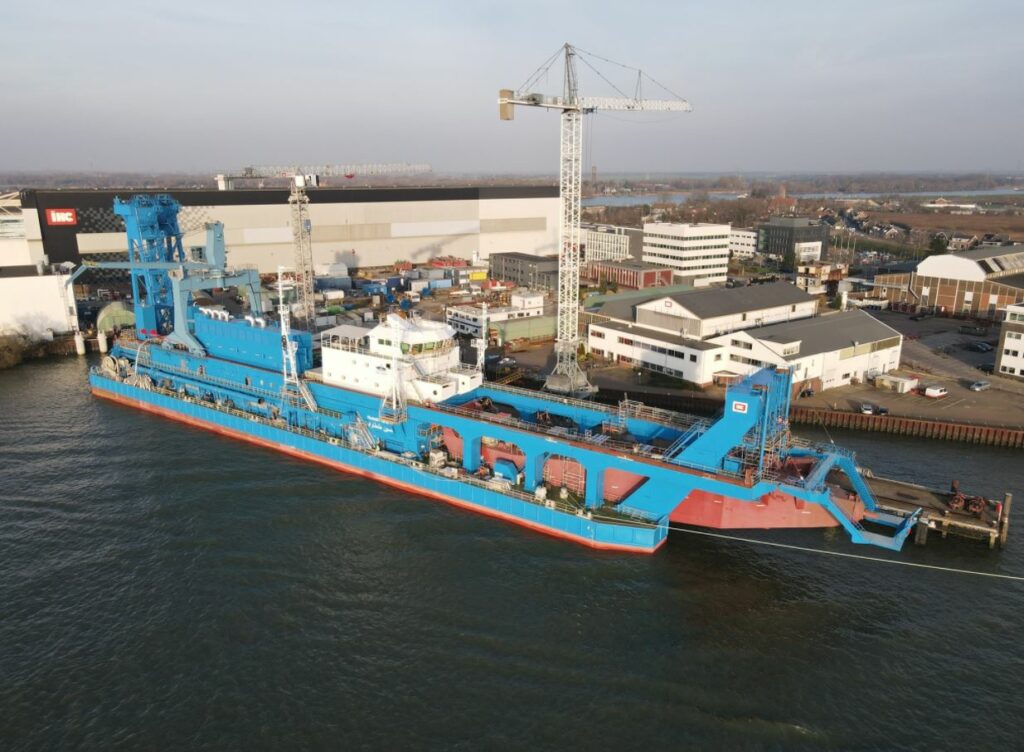