Northbank Civil and Marine, Inc. has won a $1.5 million contract to repair eroded sections of the Waitsburg Levee System, located on the Touchet River near Waitsburg, Washington.

In early February 2020, the Touchet River had a near record flood event. This caused extensive erosion damage to the levee system in multiple locations.

The post-flood inspection team identified and reported six sites, totaling approximately 2,585 feet in length. Additionally, portions of the levee crown and upper portions of the slopes eroded away after being overtopped by flood waters.

According to the Corps, planned repairs involve reestablishing riverside slopes where erosion has taken place by grading slopes, placing erosion control features along the riverside slopes and installing slope support controls. A levee support structure extension that will reinforce the upstream end of the levee is also in the plans. 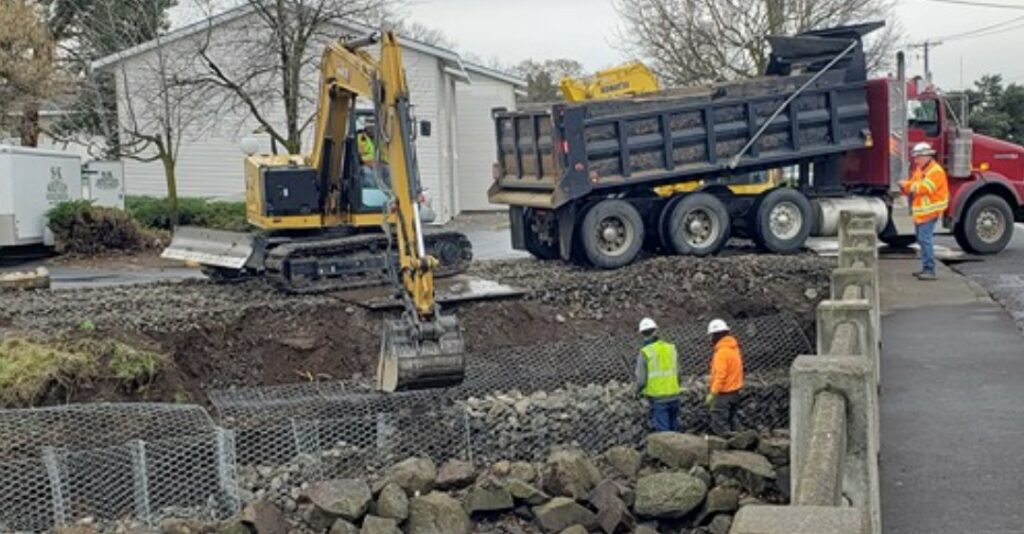