The SRP is a national program in which the USACE partners with TNC to develop environmental flow regimes to benefit ecosystems downstream of Corps-operated structures.

As the lead for the Atchafalaya Basin Program, CPRA will participate in the effort and serve in an advising role.

The partners will explore environmental flows of the Atchafalaya River at the Old River Control Structure. TNC will convene relevant scientists and stakeholders to identify and discuss potential environmental flows in the Atchafalaya Basin while the local New Orleans district of the USACE, the owner and operator of the Old River Control Structure, will conduct modeling to inform future operations of the structure.

TNC Director of Freshwater & Marine Science, Dr. Bryan Piazza, said that project partners hope to benefit the Atchafalaya Basin by implementing an experimental flow within the currently-authorized flow rate. The existing authorization allows 30% of the total combined flow of Red River and Mississippi River’s volume to be diverted to the Atchafalaya River.

“Working with the Corps and the State of Louisiana on this project is an amazing opportunity to achieve landscape-scale restoration in a place of global ecological significance,” Piazza said. “Work must be done within the program’s three-year timeline, with experimental flows identified in year one, modeling conducted in year two, and implementation accomplished in year three. Throughout the process, scientists and stakeholders will be engaged and the public will be given opportunities for input.”

Monitoring data collected during the experimental flow, will help inform the USACE decision as to whether a flow regime is selected and recommended for incorporation into the operation of the Old River Control Structure. 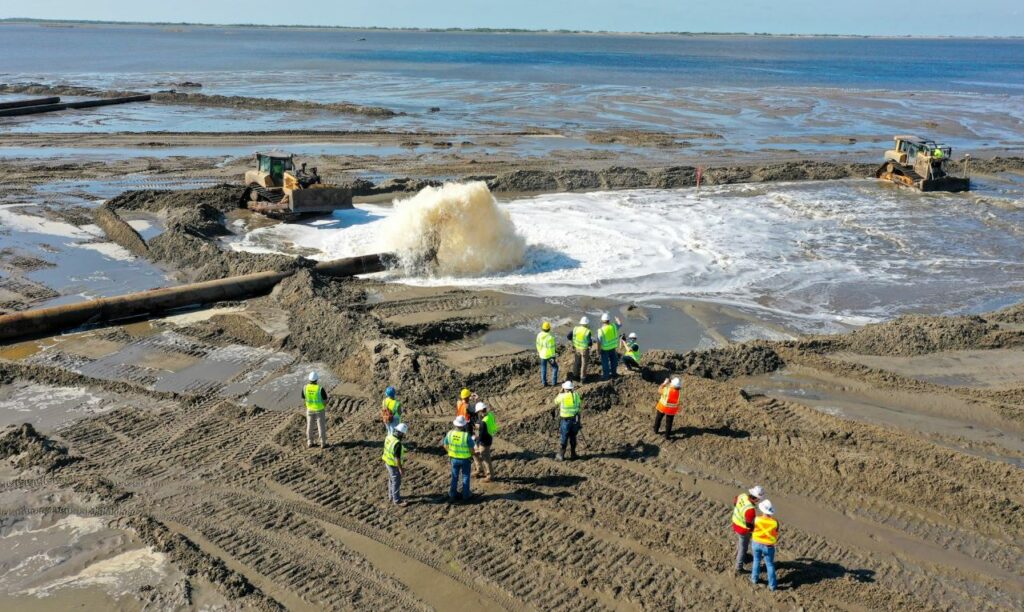