The Port of Vancouver (BC) today released the latest update on their Centerm Expansion Project and ongoing works in the area.

As reported, work in the water, on the terminal, and on the south shore continues in December.

The land fill in the eastern expansion area continues to settle and will be removed in January 2021. “We expect that the northeast perimeter dyke will be completed this month,” the port said in the update.

On the other hand, the perimeter dyke in the western expansion area is now complete. The infilling and preload placement in the lagoon will begin this month.

“We have closed the perimeter dyke in the western expansion area, and infilling and preload placement in the new lagoon will begin this month,” the port said. “Some of the preload material currently sitting on top of the land created in this area has been pushed northward to start to fill in the lagoon.”

An interesting fact, approximately 9,000 cubic meters of sand will be transported to the project site each day. That’s three, eight-hour round trips a day for the Fraser River Pile and Dredge 309 dredging vessel. Once at the terminal, the material is pumped into the lagoon by a large pipe attached to the vessel.

The Centerm Expansion Project, delivered by Centennial Expansion Partners (CXP), is set to be complete by the end of 2021. 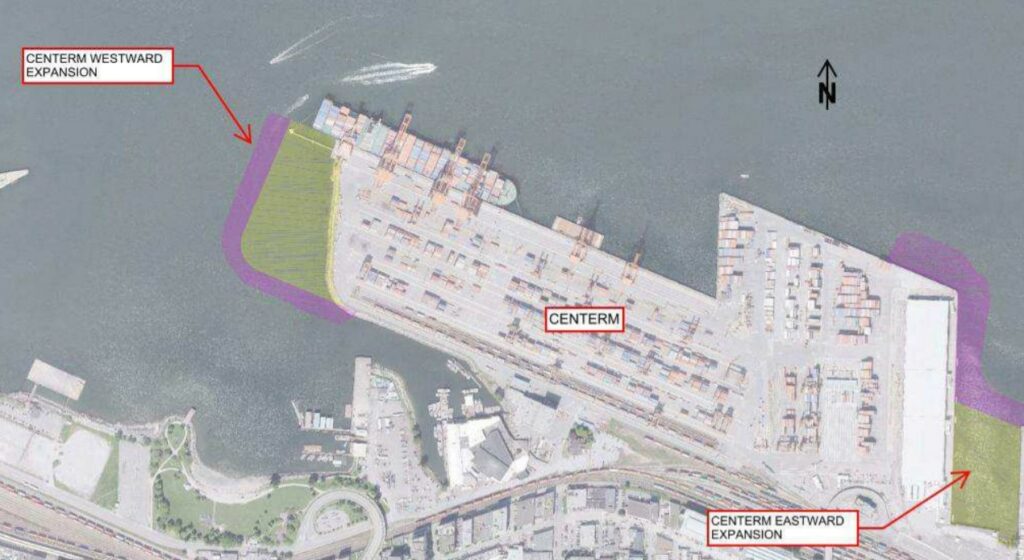