The Louisiana Coastal Protection and Restoration Authority (CPRA) announced yesterday that operations are underway to restore Rabbit Island, the only Brown Pelican colony in Southwest Louisiana.

Located in the southwest portion of Calcasieu Lake in Cameron Parish, Rabbit Island is the first rebuild of a waterbird colony since the successful restoration of Queen Bess Island, which saw a dramatic increase in nesting activity immediately following its completion.

“After a devastating hurricane season in Southwest Louisiana, this restoration project is even more important to the overall recovery of the region,” said CPRA Chairman, Chip Kline. “Rabbit Island is yet another example of our commitment to investing in and restoring Southwest Louisiana’s coastline.”

The $16.4 million project is funded with settlement money from the Deepwater Horizon oil spill approved by the Louisiana Trustee Implementation Group (LATIG).

A competitively bid contract for the restoration of Rabbit Island was awarded to Weeks Marine, a dredging company with offices in Covington, La.

The project is creating approximately 130 jobs.

Under the restoration plan, sediment is being dredged from the Calcasieu Ship Channel for the project. Vegetative plantings of appropriate native grasses and shrubs will further enhance the habitat for pelicans, terns and other colonial nesting waterbirds.

The entire operation is scheduled to be complete before nesting season begins in 2021. 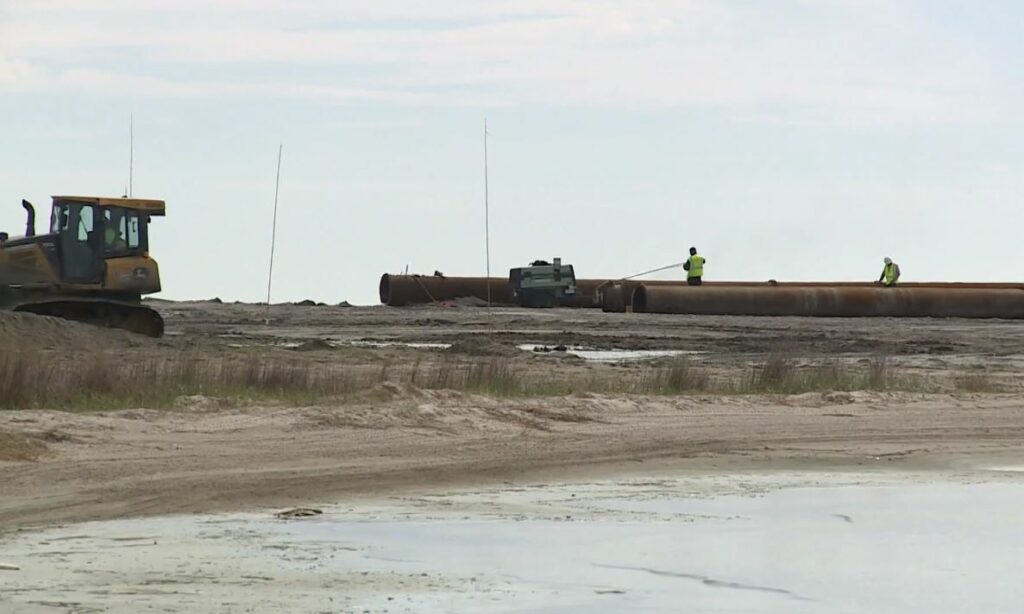