CSD Willem van Rubroeck ready for the next challenge

Today, this giant left the Remontowa shipyard in Poland.

“Our new cutter suction dredger Willem van Rubroeck with a total installed power of 40,975 kW is ready for the next challenge,” said Jan De Nul in their latest announcement.

In 2020, the vessel was taken to Remontowa shipyard in Gdansk, Poland, where she was finally finished.

CSD Willem van Rubroeck has a cutter power of 8,500kW and is able to dredge compact sand, clay and rocks up to 45 m deep. The operation, controlled from a central station, is almost completely automated.

The CSD also has a high standard accommodation for 67 crew members. 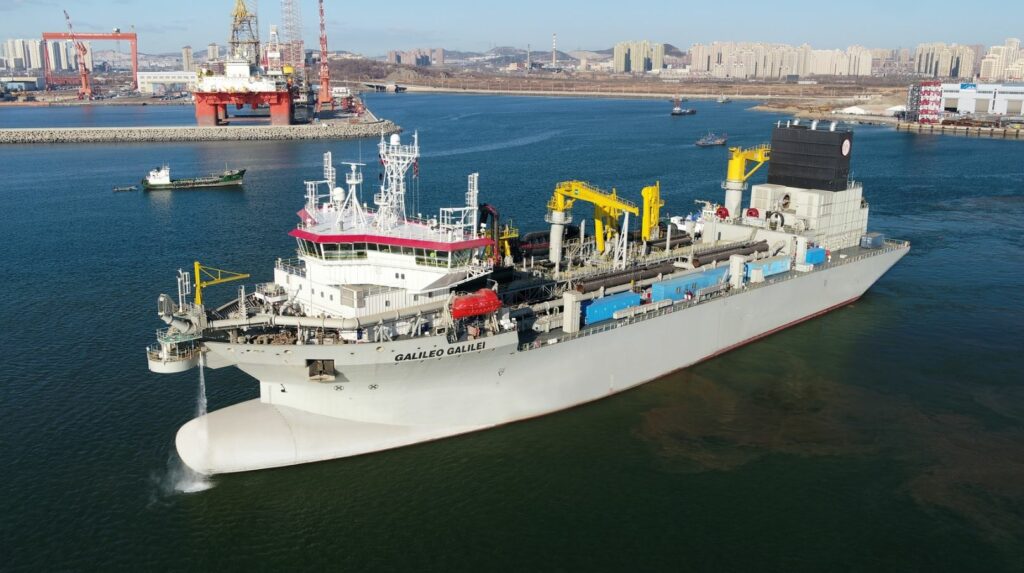