The accumulation of silt, sand, and other debris can cause areas like Little Sodus Bay to become obstructed overtime.

The dredging project will remove built-up sediment from the bottom of the waterway to allow for continued safe passage of watercrafts to support the tourism economy and preserve wildlife in the region.

Dredging of the navigation channel is part of a $15 million regional dredging initiative through Governor Cuomo’s Resiliency and Economic Development Initiative.

“We’re building the resilience of communities along Lake Ontario and the St. Lawrence River to prevent flooding and ease maintenance of vital navigation channels for years to come,” Governor Cuomo said.

“This dredging project is essential to protecting not only New Yorkers who live and work in shoreline communities but also the wildlife in the coastal habitats of the region, while also boosting tourism by ensuring safe recreational access for boaters.”

The Little Sodus Bay project will remove approximately 6,000 cubic yards of sediment using a long reach excavator with a clamshell bucket operated from a floating barge. 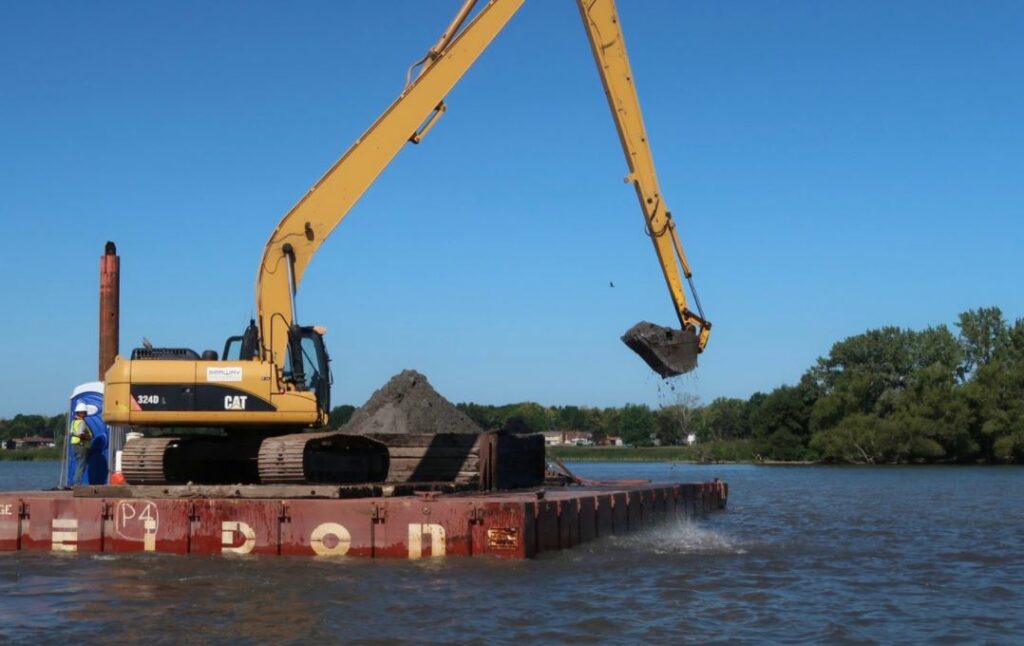