PHOTO: Dredge ‘DB Ironbound’ working in the Port of Hueneme

Curtin Maritime Corp. of Long Beach, California, has just released this beautiful photo of the dredge ‘DB Ironbound’ from the Port of Hueneme deepening project.

The dredge is currently working in the approach channel while one of the company’s survey boats collects some fresh hydrographic data.

The DB Ironbound is a multi-functional ABS barge paired with the Lima 2400B 150-ton crawler crane. Designed with a four-point anchor system and four internal spud wells. The Ironbound is equipped with state-of-the-art positioning technology, capable of accuracy within two centimeters.

Works on the Port of Hueneme dredging project started in early January and will last until late March.

During the works, the contractor will deepen the port’s federal navigation channels by dredging 385,000 total cubic yards of material. Deepening the harbor will accommodate Panama-sized vessels, which are currently unable to load to their maximum capacity.

Most of the dredged sand will be used for to replenish the nearby beach and mitigate beach erosion, which is the most sand placed on and near the beach since 2009. 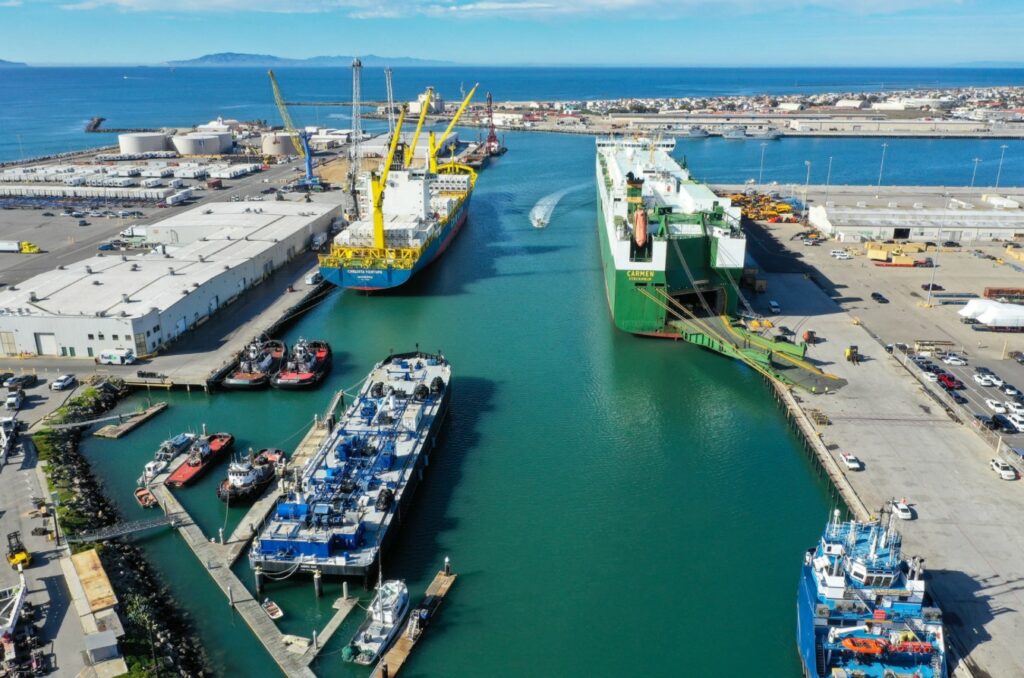