Construction works on two breakwaters for the exciting Ocean Reef Marina project are underway, reports the Government of Western Australia.

The two-kilometre-long breakwaters, each rising up to 18.5 metres from the ocean floor, will protect boats and users within the marina.

The breakwaters will have a limestone core, surrounded by granite, for protection from the elements.

Approximately 650,000 tonnes of limestone rocks – ranging from 0.5 to three tonnes each – and 300,000 tonnes of one to 10-tonne granite rocks will be delivered to the site from early March.

Some granite and limestone from the existing breakwater will also be reused.

The commencement of works follows extensive testing of the marina and breakwaters design, including the construction of a 1:55 scale model.

“The start of the breakwater works marks an exciting new stage in the development of the Ocean Reef Marina,” commented Premier Mark McGowan.

The marine component of the development has been the subject of the highest level of environmental assessment – a Public Environmental Review by the Environmental Protection Authority – which found the project would not have a significant impact on the environment.

Ocean Reef Marina is a State Government project being delivered by DevelopmentWA, in collaboration with the City of Joondalup. 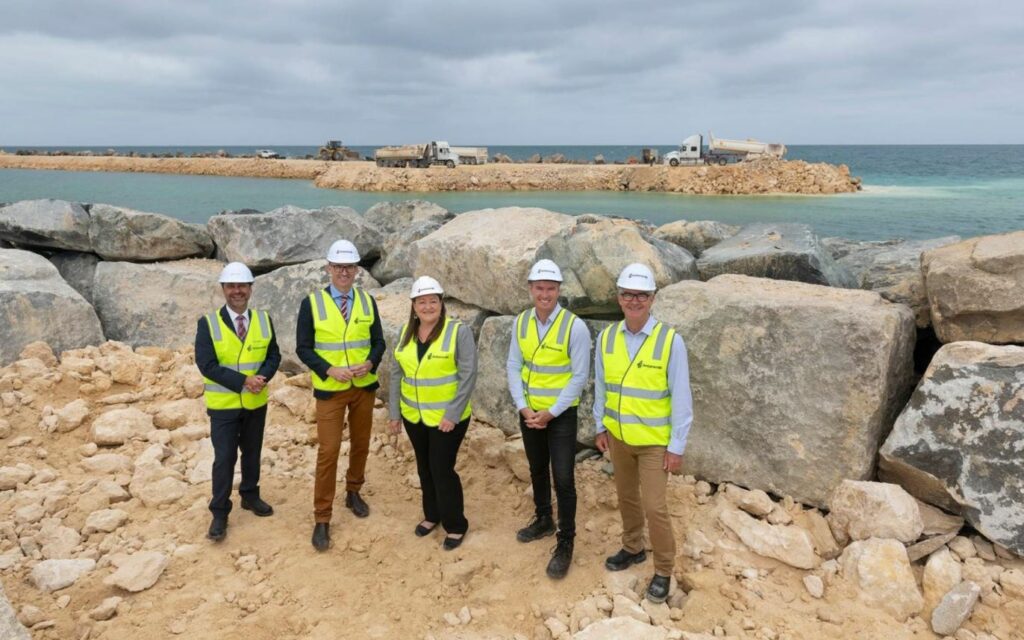