The Philippines DPWH Regional Office III has started works on a flood prevention project on the Kalaklan River in Olongapo City.

This Important flood prevention project started on March 2, 2021, when DPWH deployed one of its cutter suction dredgers at the Kalaklan River to begin the scheduled dredging activity in the area.

“EMD (Equipment Management Division) has already programmed the dredging of the Kalaklan River mouth. Our previous assessment showed that it is heavily silted. With the deployment of the Watermaster, we are aiming to dredge approximately 273,991 cubic meters of sand and silt. By that, it will allow the unrestricted passage of water runoff towards Subic Bay and we may be able to restore the waterway to its original depth and condition,” said Engr. Francisco G. Licup, Jr., Assistant EMD Chief.

Regional Director Roseller A. Tolentino said that the agency has been conducting regular desilting activities at Kalaklan River to address the heavy siltation, deepen the waterway, and minimize the problem of flooding in Olongapo, particularly in Rizal Avenue. Flooding had been a problem in the said city since 2013.

“Debris materials such as soil, mud, sand, even lahar and other sediments coming from the mountains of Zambales find their way to the river, and thereafter result to siltation resulting to flooding,” RD Tolentino added.

According to the dredging plan presented by the EMD, the aim is to increase the river’s conveyance capacity and maintain the navigability of the channel for small boats.

The dredging is to be accomplished in two phases: Phase 1: clearing the waterway of garbage, drifted lumber and coconut, and tires that could hamper the operation; and Phase 2: dredging the river to a depth of 3 meters and slope of 45° degrees using a suction pump.

During the entire dredging project, progress will be monitored through bathymetric surveys and the environmental impact, as well as water quality, will be checked through water sampling in various locations.

RD Tolentino concluded that a total of twenty-one (21) dredging units are working now at 21 different locations across Central Luzon. 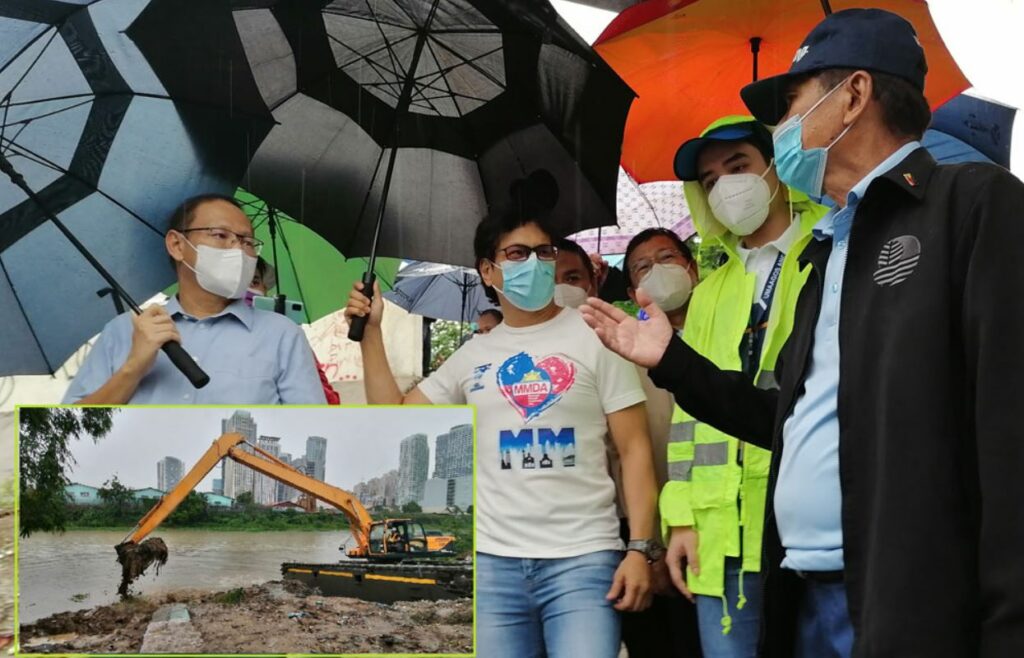