In the Rotterdam area, a new motorway tunnel is under construction. Due to the challenging geological situation, the job has been done in various stages, using different equipment.

One of the contractors on the project, Verboon Maasland, used Damen DOP submersible dredge pump for this tunneling project.

The top sand layer, situated at -10 m, has been removed using the DOP200. This pump is handled by a pontoon-based wire crane.

The slurry pump unit pumped the sand from the building pit through a booster to a storage area some 700m along. The average sand production was some 300 m3/h of solids.

The next layer was a tricky one; the complete building pit surface had a 5 m thick layer of clay. This clay later was removed using grabs.

Underneath was another sand layer, densely packed Pleistocene sand. This layer of sand plus the next layer of gravel has been removed to a max dredging depth of -30 m, again by using the DOP dredge pump.

According to Damen, the DOP pump was a good match for the job as the building pit for tunnel had a grid of vertical poles between which the sand was to be removed, restricting the space for maneuvering. 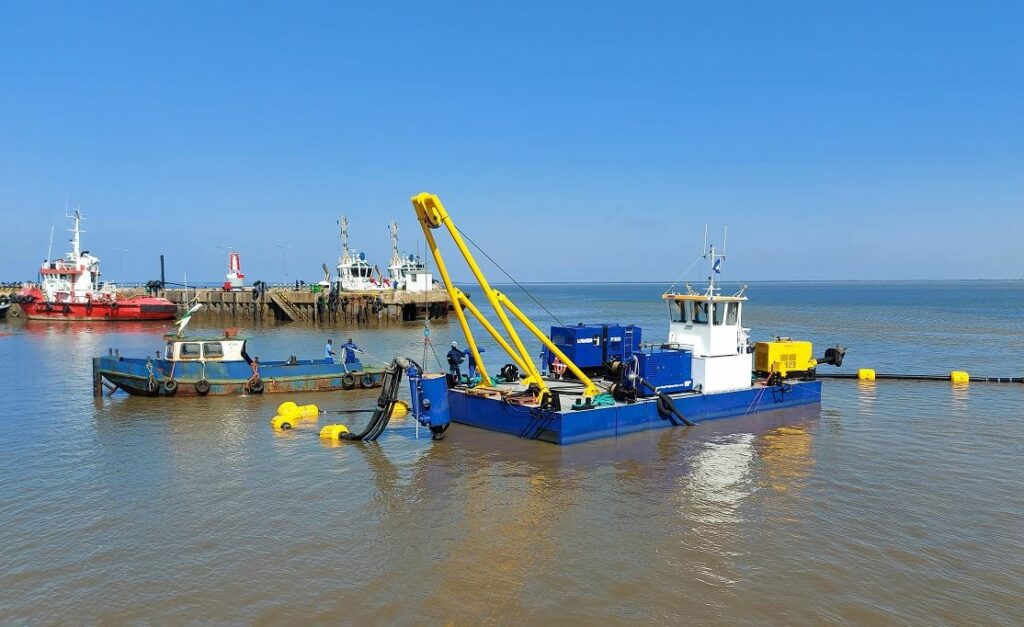